With the new Premier League season starting on Saturday (August 16), pubs must decide between Sky Sports subscriptions and focusing on families and food. But new research suggests one strategy for survival is to become a ‘super pub’, with areas set up for different kinds of customers.

Statistics from The Campaign for Real Ale show that in the nine months to December 2013, 28 pubs were closing each week, up from 18 in the same period in 2012.

Large chains setting up multi-zone super pubs has been a key factor in their recent success, according to analysis by NPD Group, particularly in understanding that customers visit pubs for different reasons and that the focus can be widened beyond family or food.

More and more pubs have distinct areas, with a front bar to cater for customers looking for a quiet drink, a food area that is more family-orientated and a back bar area where sport is shown on TV.

However, reports suggest that sports subscriptions are in decline, and at an average of cost of £15,000 a year it’s not difficult to see why.

According to David McHattie, chief executive of the Association of Licensed Multiple Retailers (ALMR), which represents independent pub and restaurant operators: “While it’s true the cost of televised sport has risen dramatically, there will always be a place for live sport in British pubs. No site paying to show live sport can afford not to maximise its investment and operators are working harder to create differentiation and utilising the wide variety of sport available.”

However, he adds: “There are also businesses that have eschewed sport entirely and succeeded in redefining their target market and offer.”

We tend to stay clear of promotions as we don’t want to devalue our offer, but we have introduced a loyalty card

NPD’s analysis shows that chain pubs are currently taking a higher share of visits compared to independents. They have wider options for food, families, interior design and non-alcoholic drinks, which bring in the masses.

“We are not going out just for a drink any more,” says Cyril Lavenant, UK director of food service at NPD. “Chain pubs have clearly done a great job over the past three years to become modern and adapt their strategy to consumer trends.” 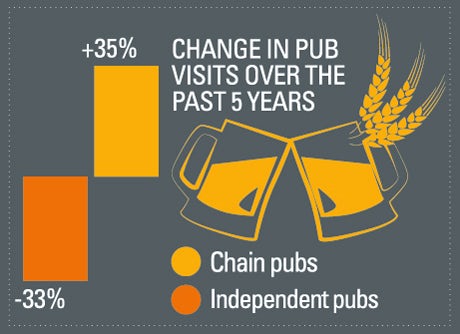 The ALMR argues that, ironically, the bigger chains are mimicking the look and feel of smaller players. Its 2013 benchmarking report found that while many smaller single-site businesses have closed in the past few years, independent multiple-site businesses outperform the wider market.

McHattie, says: “Independent is not synonymous with single-site and a chain can be comprised of independent venues each reflecting local market needs. Many ALMR members fit this category and have had incredible success over the past few years.”

One of the strongest trends that chain pubs are capitalising on is casual dining, by offering food that is better quality than fast-food but not as expensive as a full-service restaurant. The study shows 92 per cent of pub visits now include food and that many pubs are moving towards offering all-day menus. 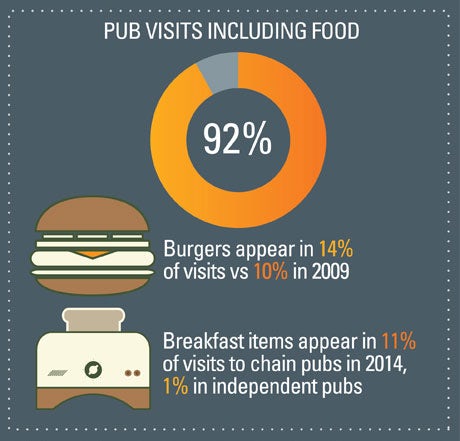 NPD suggests there is no future in ‘wet only’ pubs, which do not offer food. “I’m not saying that it cannot work but it is difficult and pubs that are wet oriented will need to find new ways of attracting consumers,” says Lavenant.

The move away from offering only alcohol in pubs has been developing over the past six years. In 2009, 46 per cent of drinks served in pubs contained alcohol, but in 2014 it was 37 per cent.

The data also shows that only 26 per cent of drinks served in chain pubs contained alcohol in 2014, compared to 53 per cent in independent pubs. 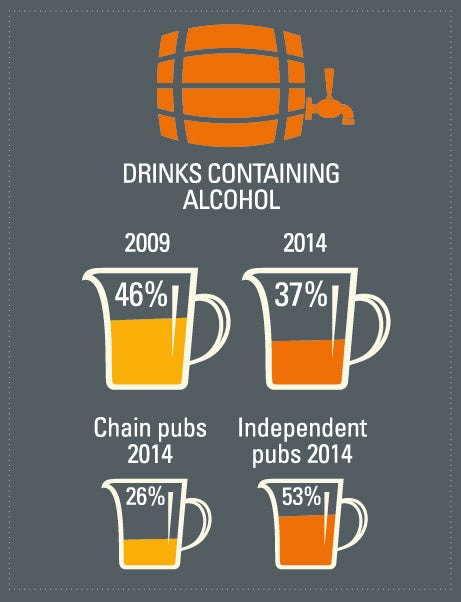 One way of appealing to a wider audience is by using promotions to offer value for money, particularly for food. Meal deals are on the increase, making up 15 per cent of pub visits in 2009 but 17.3 per cent in 2014 and have been a key driver in getting consumers through the door.

A kids’ meal deal or family menu offer was used in 7.3 per cent of all visits to chain pubs in 2014, but only in 1.5 per cent of visits to independent pubs. The research finds it is no longer satisfactory to offer children adult meals in smaller sizes, they should be crafted specifically for them.

Lavenant says: “Parents must know that there is good food for their kids. Previously they got the same food as adults in smaller portions but now it is about designed menus with specific drinks and fruit bags to make it interesting for families.”

The family market is important. Visits with children have grown by 18 per cent since 2009, equal to 68 million more family visits in 2014 than in 2009. Meal deals and the general ambience of pubs have contributed to this change, as have innovations in menus. 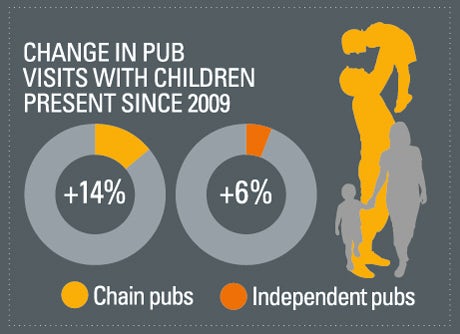 In 2014 ‘because my kids like it there’ was cited as a reason for choosing a pub in 10.5 per cent of visits, up from 8.8 per cent in 2009. However, this response differs greatly for major pub brands and the independents. In major chain pubs the percentage of visits due to kids’ preference rose to 13.4 per cent over the five years but fell to 5.8 per cent for independents.

The research clearly shows that independent pubs might not have the resources to implement all of the elements of a super pub, however the key is to offer as much as possible if the aim is to widen the appeal to consumers.

Quality food that is reasonably priced is the biggest trend that all mass-market pubs can use to their advantage. 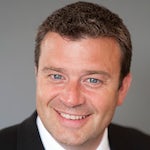 The research demonstrates the shifts the sector has undergone to adapt to changing demands.

The increase in breakfast visits shows the extent to which consumer needs and spiralling costs are driving pubs to ‘sweat’ their fixed property assets and operate in every market segment. The morning period was previously unexploited but it is now a key source of turnover – reflected in the increasing sales of coffee.

Food is a growth area. People no longer see eating out as a treat. Food and drink are often the accompaniment to the need to socialise and be entertained. It’s unsurprising that more people are choosing eating and drinking out of the home with family, friends and colleagues as a way to combine several human needs. 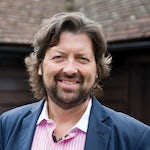 We’re very much a food-led pub company and while we do have bar areas, we tend not to create zones. Our ethos is that people should feel free to eat and drink throughout each pub, which keeps the experience informal.

Families are an important part of our trade, however we do not provide a children’s menu but serve half portions from the adult menu. We have also had a good response to serving breakfast at weekends, which we have been doing for the past three years.

We tend to stay clear of promotions as we don’t want to devalue our offer. We have, in the past year, introduced a loyalty card to promote trading across our eight sites. Discounting as a rule is a no-go for us.

The NPD Group tracks UK consumers’ eating habits via the web, working with a pre-recruited panel and collects continuous, daily data from more than 80,000 people annually.

Customer service trends – are you being served?