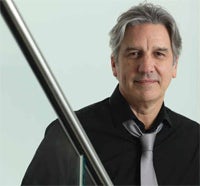 Marketing Week (MW): Having been chief executive of mental health charity Southside Partnership, has your background allowed you to expand the Teenage Cancer Trust?

Simon Davies (SD): The Teenage Cancer Trust had never had a chief executive before – there were only about four staff when I joined in 2000.
We’re a reasonable sized organisation now, but I have to spread myself across all aspects of the charity. There’s the development of services, education and the functional elements of fundraising, finance and communications.

We have grown organically, so I am still close to a lot of areas of work. I do quite a lot of national policy work and have just come back from a national meeting looking at survivorship issues.

MW: How much do you influence the marketing and communications strategy of the organisation?

SD: We have an overall strategy for what we want the charity to achieve, and our plans for communications and marketing reflect that strategy. It’s about making sure it all fits in with the masterplan, but within that there is a high degree of creativity. For example, in the past 18 months a significant amount of work has gone into helping regional fundraising units boost their profiles through local marketing opportunities, such as branded events in the community.

MW: Your ongoing Big Name Drop social media campaign, which encourages people to make unusual images out of the words “Teenage Cancer Trust” is notable because it does not ask for donations. What is the thinking behind this?

SD: A national statistical survey about charity awareness revealed there were people who said they might support us but didn’t know much about us. So it became really important for us to get our name out there, for people to know us for what we do. The Big Name Drop is all about raising our brand awareness.

MW: And has it helped so far?

SD: It’s early days but a quarterly report from [charity market research agency] NFP Synergy showed that in November 2009 we had 25% prompted brand awareness, and that rose to 30% in October 2010. This tells us that we are doing the right thing from a marketing perspective.

MW: How difficult is it as a smaller charity to stand out against bigger, better known charity brands such as Cancer Research UK?

SD: Cancer Research UK is like the Tesco to our corner shop. It has a turnover of about £400m and ours is around £11m. For the general public it is an easy decision to choose Cancer Research to donate to, so we have to fight our corner.

Cancer Research UK is like the Tesco to our corner shop… In terms of getting attention and understanding, and bringing money in, we are competitors – no doubt about it

We do well against those big charities for our size but we’re never going to have that budget to be able to produce huge campaigns like they do.

MW: Do you view these other charities as competitors or colleagues, as you are essentially working towards similar goals?

SD: In terms of getting attention and understanding, and bringing money in, we are competitors – no doubt about it.
But charities like Cancer Research are also our partners because some of the work that goes on for young people couldn’t happen without them.

SD: We have actually been growing. Before this recession kicked in, we started to work towards increasing the number of income streams we had – building the profiles of our regional fundraising teams, as well as our corporate relationships, so we can shift resources if one stream is looking weak.

MW: What other challenges have you faced in the past 12 months?

SD: Events like the traditional charity dinner, where you relied on people paying a lot of money for auction prizes, is something that has dropped very noticeably in terms of income. That’s why we have been learning how to get better at corporate pitches and to market ourselves in such a way to build those relationships.

We have also had to deal with the change of government and the new [public spending] structure being developed.

MW: How is the new government spending structure going to affect you in terms of funding cuts?

SD: The biggest concern for us is that, whatever way you look at it, the government wants to cut NHS budgets. Our fight at delivery level is going to be much more about how we market our service side – the specialist youth cancer wards that we provide – and continuing to give every young person access to specialist services.

We have to keep ahead of the game in terms of where the opportunities are for the best money. At the moment there are good opportunities in the corporate world [to sign up donor partners], but a lot depends on what happens to the economy in terms of the amount of companies that are going to be able to afford to have a good corporate social responsibility policy [and therefore be able to support the charity with donations]. We are trying to convince more companies that good CSR is part of a good commercial strategy.

MW: How is your corporate strategy progressing so far?

SD: We’ve a range of important partners. Home Retail Group [including Homebase and Argos] is a tremendously valuable financial stream and it’s a great platform because of its positioning on the high street and in community areas.

We also have Yorkshire Bank and a two-year relationship with Nomura Bank. But if you want this area to be a constant stream of income you have to keep looking towards the next partnership as one runs out. It is hard work.

MW: How difficult is it to convince corporate partners to support you?

SD: You have to look at both what the company can bring to the charity, and what the charity’s activities can bring to a company. It’s about understanding their business and being able to tick some boxes for them in terms of how they position themselves. We’re not there to make them money, but to make sure our partnership can help their business.

MW: In December you released a charity single with the Go Compare character Gio Compario singing Santa Claus is Coming to Town. Will this develop into another corporate relationship?

SD: Wynne Evans, the singer who plays Gio Compario, has been a supporter of the charity before. Go Compare wanted to do a charity single so it asked him to choose the charity and he chose us. We’re getting on so well with the business that I hope we can develop more of a relationship.

We also released a charity single by Corey Taylor from heavy metal band Slipknot. It’s a bit of an anti-Christmas song and it has some, well, interesting lyrics. He actually asked us if we wanted to benefit from the song he was releasing and we said “of course”. It fits in with what we do around our Royal Albert Hall events – a series of branded gigs, which in the past ten years have featured Oasis and The Who.

MW: Does working with people like Corey Taylor, as well as your celebrity ambassadors such as Joe McElderry from The X-Factor, help you stay relevant to the teenagers that you serve?

SD: It is important that we have credibility with the young people that we support, and it gives a message to the general public that we are youthful in our outlook. But we mustn’t forget that our major donor base is older so we can’t go too far down that road.

SD: We will be monitoring how the NHS comes out of this structural [public spending] change. There will be challenges, one of them being that there is less money, and the other is how decisions are made. The government is piloting new “GP consortia”, which will be responsible for commissioning and buying some services, but then some will also be bought at a national level. From our perspective, we would like it to be at a national level rather than having to negotiate with multiple GP consortia.

We also want to continue increasing our brand awareness, and for more people to understand what we do – to educate them enough so that when they have to make a choice, they would choose us over another charity.