Christmas may be the most wonderful time of the year but marketers seem to have to prepare for it earlier and earlier. The Christmas shop at Selfridges opened on 1 August and supermarkets will start stocking advent calendars before Halloween, which can result in a festive overload for consumers.

Timing therefore is crucial. Ebay analysis from last year’s festive period reveals there were almost half a million searches on the site for Christmas during August, up 70% from the previous month.

In addition, Christmas searches during the first week of November were up 74% compared with the previous week, and shopping continued right up to the day itself, with more than 300,000 searches in the final week before Christmas last year.

However, there are sector specific moments when brands should begin targeting shoppers and “messages could actually alienate people if you get your timing wrong”, warns Rob Bassett, head of UK and EU multinational advertising at ‎eBay.

Bassett advises marketers to go by consumer behaviour. He says: “It’s quite easy for shopping sites to know when people are starting to get into the Christmas mood. Don’t go too early with them but also don’t go too late.”

The best way, according to Bassett, is to “identify the mood of the customer” in real time. He advises brands to look for when people are “performing actions that are triggers”, which means they are “more likely to interact with your brand”.

It is with Chinese consumers in mind that The Cambridge Satchel Company starts its festive season in October to coincide with the biannual national holiday Golden Week, a time when many Chinese shoppers travel to the UK.

China is one of the brand’s focus markets, according to CMO Mario Muttenthaler. He says: “The next selling season is China’s Singles Day, which is on 11 November. Last year, out of all the peaks, it was our biggest day for revenue on the website [with ecommerce store] TMall Global [selling] over 7,000 bags in one day.”

Fashion and homeware brand Cath Kidston, meanwhile, will first contact consumers about Christmas via a direct mail piece on 26 September. Marketing director Sue Chidler says: “We know we have a group of consumers who are early birds, especially around planning. We do a Christmas planner that is a best seller every year – you’re going to buy a planner early, so that is when we start to show some of the ‘prep’ products.”

“We love a man who walks in on Christmas Eve because he’s in panic buying mode,”

However, Chidler does see “a transition on what people start to buy” at different times throughout the season, with the volume of transactions stepping up in the last two weeks before Christmas.

The brand changes its in-store merchandise strategy during this period because it cannot get enough product from the warehouse out to the store to satisfy demand. Head office staff also support staff in-store. “The CEO spent one Christmas replacing mugs on the mug wall all day [because of the rate of sale],” reveals Chidler.

Targeting men was also a big test last year. She says: “We love a man who walks in on Christmas Eve because he’s in panic buying mode. Last year, we tried for the first time to target men through digital advertising and we will do that again.”

Why Black Friday presents a challenge for brands

Black Friday has fast become a staple date in the UK Christmas shopping calendar, despite starting life in the US as a discounting event the day after Thanksgiving.

Muttenthaler at The Cambridge Satchel Company says Black Friday is bigger than Christmas for the brand but stresses “the challenge of being able to sell goods at full price during the business-critical Christmas period”.

He says: “After [Black Friday] you hope for a peak just before Christmas when customers either buy online at the last minute or in the store [at] full price.”

Black Friday is difficult to ignore for retailers. Research from Exterion Media shows 62% of respondents spent at least £300 doing their Christmas shopping last year but 83% took advantage of discounts and special offers. It shows that one in two urban shoppers bought during Black Friday last year (68% for those aged 16 to 34) and seven out of 10 shoppers felt they got a better deal as a result.

Bassett at eBay explains that Black Friday exists for a specific purpose. He says it will still be “big but not for the reasons [it] used to be”. Bassett explains: “People will be planning what they are buying for a long time but because they know the rules of the game now they know there will likely be deals and opportunities [to get certain products] on a specific day.”

He adds: “The sales remain the same but the decision would have been made in advance – it’s not an impulse buy.”

The channels of choice

Although it may be tempting as a marketer to use all available channels to cut through during the busy Christmas period, marketers should single out certain platforms to maximise effect.

Chocolate specialist Ferrero will again be pushing its Ferrero Rocher brand via TV, with its ads featuring the gold foil wrapped chocolate a clear indicator of Christmas.

In the run up to 25 December, Ferrero will also be investing heavily in sampling for its Ferrero Rocher, Nutella, Rafaello and Thorntons brands, a key form of experiential marketing the business believes builds repeat purchase.

November will also see the first screening of a dedicated TV advert for Rafaello, Ferrero’s almond, coconut and cream confectionery line, which has been in the company portfolio since 2005. The Thorntons brand, meanwhile, which Ferrero acquired in 2015, is getting a £4.9m media spend boost ahead of its relaunch in November.

While Ferrero has opted for TV, direct mail remains a key tool for Cath Kidtson. Chidler says: “It’s been part of the company’s history from the outset. We are sophisticated in segmentation and knowing what works when for our consumer.”

“Having a mobile strategy in a good place is imperative as people browse on the move, especially at Christmas,”

The brand’s biggest mailer is its Christmas gift guide at the end of October, which it sends to almost a million people from its database. The brand also mails its best customers to reward them at the beginning of December, adding in its spring preview collection for “an extra injection of newness”.

“Having a mobile strategy in a good place is imperative as people browse on the move, especially at Christmas,” says Muttenthaler.

The run up to Christmas is the busiest shopping period for most brands but those that do well this year will be the ones that understand when best to target shoppers and through which channel. 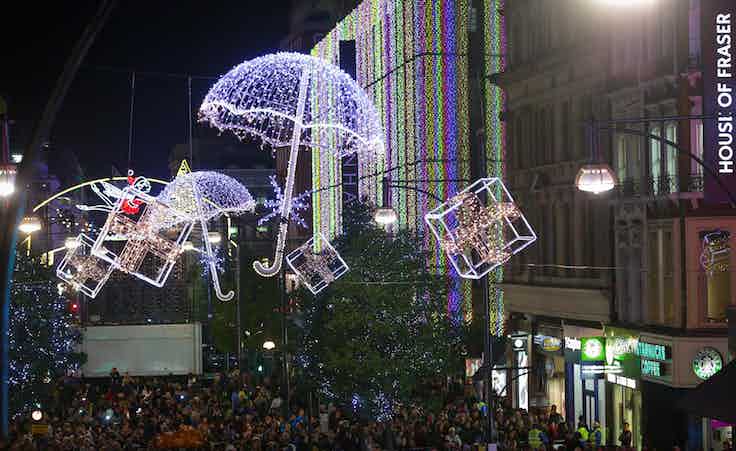 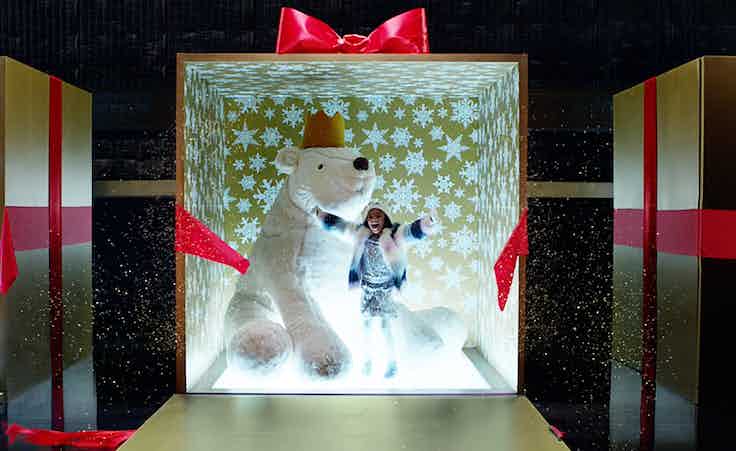 Marks & Spencer has taken a mobile-first approach to its Christmas ad campaign, upping digital spend to 25% for the first time ahead of what marketing boss Patrick Bousquet-Chavanne predicts will be the “biggest online Christmas ever”.

A year on from its acquisition of Thorntons, confectionery group Ferrero is prepping the brand’s first TV ad for seven years to support the relaunch of the chocolate retailer.

The 200-year-old brand is investing in marketing, restructuring the business and becoming more reactive on social, all in a bid to get people eating fish one more time a week.