To a certain generation of Americans, Courvoisier is perhaps best known as the subject of a Busta Rhymes record – “Pass the Courvoisier” – and not a serious spirit. Yet the cognac, which is the UK’s bestseller according to Nielsen figures, has a rich heritage that goes back to French emperor Napoleon Bonaparte.

For over 200 years, the brand has actively sought to innovate, using this history to position Courvoisier as a revolutionary spirit in the UK. After previously being managed by Allied Domecq, it is now distributed by Maxxium UK Limited, part of the global sales and distribution alliance between Beam Global Spirits and Wine Inc and The Edrington Group. Maxxium has put in place a new strategy to make it relevant for 2010.

Courvoisier marketing manager Janice McIntosh explains that the company is implementing a strategy that encourages consumers to re-appraise the brand and drink Courvoisier. .

With the importance of word-of-mouth recommendations in mind, the brand has shied away from more overt marketing tactics and has instead created its own social network called Courvoisier The Future 500, which was established in 2007 .

McIntosh claims that the approach has helped open doors for the brand and expand awareness of it to a more mature market. She says: “The network is a very valuable asset to Courvoisier on many levels. Courvoisier has been able to utilise talent within the network across other more traditional forms of product development and advertising – resources which otherwise would not have been accessible.

McIntosh says the network, which has grown to 800 members, “really plays on our brand heritage and has been inspired by the Napoleonic Order of 1912, which recognised and rewarded inspirational individuals.”

The Napoleonic Order of 1912, sought: “…to reward the personal merit of men and women who have distinguished themselves by their insightful actions.  To form an elite, favouring the exchange of ideas and experience for the good of all”.

Through CVTF500, Courvoisier has honoured this history and successfully created a platform for the UK’s brightest talents to connect, share their vision, inspire one another and ultimately collaborate to achieve even greater success.

Boost awareness
She adds: “Within the network are a number of brand ambassadors whose work we highlight across the media, which is also beneficial for Courvoisier as it allows greater presence. The Courvoisier The Future 500 is a long term project for Courvoisier – it helps us boost awareness in a very subtle way.”

One of Courvoisier’s key activities last year was the ‘I Don’t Know’ campaign, at the heart of which was the Courvoisier Exclusif marque, a premium cognac which mixes extremely well in cocktails. The focus of this campaign was to encourage consumers who wouldn’t necessarily have known cognac worked well in cocktails, to try the serve. The ‘I Don’t Know’ cocktail is created for them by the bartender, based upon Courvoisier mixed with their favourite ingredients.

An example of the success of this campaign is Saf bar in Shoreditch, which went from selling one bottle of Courvoisier per month to selling 13 bottles in two weeks with the ‘I Don’t Know’ promotion!

Nielsen off-trade data shows that Courvoisier VS, which retails for about £20, continues to be the best-selling UK cognac brand (see tables).

But with the intention of becoming more premium, Maxxium is also keen for Courvoisier’s more luxurious variants to become equally successful. It launched “The Mixability” campaign last year to encourage the use of Courvoisier VSOP Exclusif in cocktails.

Maxxium’s McIntosh says: “We want people to see our cognacs as premium spirit offerings, so we have looked at high-end cocktails as the premise for making our Exclusif variant.”

In 2009 it created its first 3D content – training films bringing the experience of the Courvoisier chateau to life. Courvoisier also created a 3D film to accompany its I Don’t Know on-trade campaign.

“Together these films created a real point of difference with both trade and consumer audiences, offering a reason to re-consider and re-evaluate both Courvoisier and the cognac category.  More recently we created a 3D advert as part of a drive to communicate the rich history of cognac as a mixable spirit,” says McIntosh

Steve Collins, commercial director at FMCG insights specialist SalesOut, suggests that while this is meritable, its performance in the independent retail sector is the area of growth where the brand must focus (see viewpoint).

However, Maxxium’s McIntosh is keen to work with all retailers on our new positioning to drive trial.

“We continue to strive for consistent top-class quality across our range that everyone knows about. People trust our brand to offer them the very best in cognac experiences and we are determined to provide this through each of our variants – from the £20 ranges to the £2000 bottles. We aim to re-educate the market to ensure cognac is appreciated by people of all generations.”

There is now an excellent opportunity for brands to leverage the convenience store market, as people shop more locally in the recession to save money. Indeed, the independent sector has seen consistent year-on-year growth in like-for-like sales during the recession, currently recording 6.35% moving annual total growth and outperforming the industry as a whole.

Furthermore, with brands seeing diminishing returns from the multiple retailers and with the recession likely to have altered consumer shopping habits for the long term, the importance of the independent sector will continue to grow.

Brands need to gain a much greater understanding of shopping patterns and product sales performance in this sector and to work more closely with wholesalers. 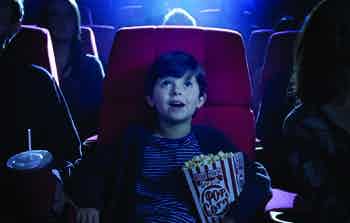 It’s good to hear the National Trust trying to improve its image but I really hope it does indeed try harder to make an actual visit to one of its properties a more pleasant experience.