Hitching up a brand to the back of the World Cup bandwagon looks like it should be the easiest task on Earth for marketers. But creating a successful campaign – one that will add value long after the trophy has been hoist aloft on July 11 – could actually be as difficult as taking a penalty to win the tournament.

Firstly, there is the problem of achieving share of voice in a market dominated by Fifa’s roster of World Cup and general sponsors. These are the brands that have paid to have the honour and kudos of being directly associated with the month-long festival of football, and can legitimately claim to be connected to the sport and have the box seat when it comes to advertising.

But more important is the need to build any World Cup activity into an overall marketing strategy, remembering that an integrated approach can be most effective. Too often, brands take a short-termist approach to the tournament to roll out a burst of advertising that has no real link to other campaigns that they have already implemented. While it may initially seem a good thing to go for a tactical approach and launch a one-off blitz, this often fails to do little more than create a brief spike in sales.

Worse, the vast army of armchair fans could be left wondering what your brand has to do with football. Those of a more cynical mindset could be left with a bad taste in their mouth if, for example, a toothpaste brand tries to dazzle them with soccer-themed advertising. And let’s not forget that, thanks to the internet, consumers now have the power to undermine a brand and its marketing campaigns like never before, via blogs, chat rooms and on Twitter.

So in my view it’s much better to think wider and more long term. The marketing strategy behind energy provider E.On’s sponsorship of the FA Cup, which began in 2008 and ran until this season’s showpiece domestic event, is a good example of how to capitalise on football fever with a long-running integrated drive. TBWALondon and sister agency TEQUILA devised the Carbon Footy Print, an educational programme backed with direct mail, email and other online advertising, to back the sponsorship deal and associated match tickets offers. The agencies even created a magazine dedicated to green issues that was mailed to MPs.

This is a great case study of how to widen activity beyond ’one-hit wonder’ initiatives. From a direct marketing point of view, channels including mail, email and online should always play a key role in supporting above-the-line drives. TV advertising might remain the best way to reach a mass audience in one go, but innovations in the direct arena mean it is possible to tailor the message to reach the right person at the right time. By taking a more holistic tack, marketers can ensure that the short-term benefits of a World Cup campaign are felt for a long time after the final whistle. 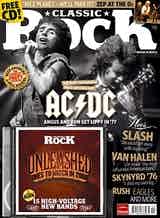 The Co-operative Group has confirmed that it has retained Rocket as its media planning and buying agency for its £60m business. 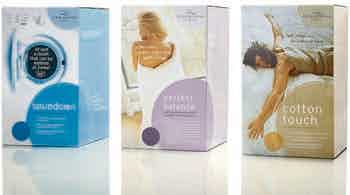 The Fine Bedding Company is planning a consumer marketing campaign for the late summer, including press advertising, point-of-sale promotion, new packaging and an in-store video.