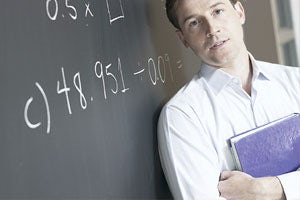 If a marketing team is not working to its full potential, then the organisation as a whole could be seriously underperforming.

As Sue Stoneman, managing director at employee engagement consultancy NKD Group, explains: “Marketers have a pivotal role in influencing the strategy of the business they are in.

“Their position is dynamic and they need to be able to change and flex very quickly. Their proactivity and ability to think strategically is crucial. This is also an area where opportunities need to be spotted quickly and acted on, otherwise someone else will step in.”

Missing these business opportunities could have a major impact on a company’s bottom line. To quantify the difference that optimising performance can make, Martin Goodwill, managing director of Profiles GB, cites research by Hunter and Schmidt in the late 1990s.

While most organisations would kill to achieve this kind of improvement alone, better performing teams are also more motivated and have higher levels of morale – and happy employees stay longer, cutting recruitment costs. What’s more, if a company has shown commitment to its staff through the introduction of training and development schemes, the loyalty generated will further increase retention. This is crucial at a time when skills are at a premium, says Kevin Bourne, managing director at SHL.

“There is a war for talent in marketing,” he adds. “So it’s essential managers keep their best staff. Employees are more likely to stay with a company if they are performing well. The challenge is to understand the performance measures available, implement them for all staff and communicate the measures and results effectively.”

“Once the competencies are identified, employees can be measured against these,” says Bourne. “Our psychometric process allows the ability to perform a task, the motivation to achieve and the potential to achieve in the future to be measured and assessed.

“Once the manager has a clear picture of individuals’ capabilities and motivations, they can set clear objectives, create a balanced scorecard and give regular feedback on their performance to show what rewards their achievements have earned and identify areas for development. This way, a manager is more likely to know what full potential means in a given role, and an individual is more likely to perform to the best of their abilities.”

If there’s an obvious performance problem that’s having an immediate impact on a business, then more drastic steps may need to be taken.

Changemaker was brought in when BT integrated its operations across Ireland, when it had become clear the Northern Ireland team was underperforming. Following research to assess the needs of the team, a programme was introduced involving a mix of emotional intelligence and personal coaching.

Changemaker managing director Chris Howe explains: “The programme consisted of three two-day interventions over a 100-day period, each followed by a personal coaching session for every team member. We asked the team questions like why are you on this planet? to assess motivation, and also got them to rate their own performance as a team.”

This revealed a spread of motivation levels, which were openly presented to the team, to create trust.

“We then assessed how the team spent its time, finding that strategic planning and personal development were being sacrificed, as the team was continually firefighting, which was exhausting staff and wrecking work/life balance, while harming relationships within the team as frustrations mounted and tempers frayed,” Howe continues. “The personal coaching sessions after each intervention used emotional intelligence techniques to drill further into the problem, asking individuals what personal © contribution they were making, to understand how team members related to one another and what was demotivating them, and to give them a greater sense of self-awareness.”

The employees emerged from the programme clearer about the importance of the work they do as a team and as individuals, with a greater focus on the job in hand, and satisfied they had directly contributed to improving the way they work.

In-house programme
It could be argued this kind of programme could be run in-house. “That approach can lack objectivity,” counters Howe. “And if staff don’t trust management it won’t work.”

Of course, sometimes the problem can be as simple as a skills gap in a department, which can be solved with the necessary training. Another area often overlooked is health. “UK workers are overworked, overstressed and underappreciated,” says Jeff Archer, managing director at The Tonic, which offers a personal health coaching service.

Archer is convinced that getting staff mentally and physically healthy helps to optimise performance. “A simple regime of eating well, sitting and standing properly and regular exercise can improve performance and morale,” he says. “It regains the buzz and helps build a more creative atmosphere. It also increases staff retention and loyalty.”

Whatever method is used to increase staff performance, it’s important to carefully assess its effectiveness. “Success can be measured in a number of ways,” says Ali Sharpe, learning specialist at performance improvement company Grass Roots. “It is important to put the measurement mechanics in at the outset and, wherever possible, isolate metrics from other influences outside the development programme.”

Aidan Bocci, chief executive of Commercial Advantage, suggests taking a more direct approach. “You can look at revenue growth, cost reduction and a positive change in behaviour as that sustains the other two,” he says. “Each development initiative for marketers should involve delivering a live project, such as a media campaign, so the results should stand up for themselves.”

It’s also important the lessons learned are retained, so it’s vital that any development is ongoing.

“Research in behavioural psychology holds that a behaviour must be repeated 16 times before it becomes a habit,” says Philip Ferrar, principal consultant at Momenta. “This suggests that a single training day or workshop is unlikely to deliver sustainable behavioural change. Clients often tell us how encouraging post-workshop feedback is not reflected in what’s found to be happening three months hence.”

To make sure this doesn’t happen, it’s vital to build continual assessment and employee support into company culture.

“The key is to create the right working environment at the outset, by creating a company that has a clear focus and vision, knows its market and strengths, has strong boundaries, allows staff to express themselves freely by not encouraging a fear culture where failure of any sort is not tolerated,” says Cognition managing partner Pete Hughes.

“By creating an open culture at work, which is supportive of a good work/life balance, you’ll have well-motivated, happy staff who take a focused approach and who are loyal.

“Develop a culture of trust, treat people professionally and with respect, and they will go that extra mile when necessary.”