Watching TV shopping channels might be a guilty pleasure for some, but Brits are spending £1bn a year on goods bought directly from TV, according to figures from Opinion Matters.

People are purchasing goods from brands as diverse as Acer, KitchenAid, Kelly Hoppen Home Design and Clarks footwear. The advantage for brands is that a sense of urgency is created by featuring on a TV shopping show, featuring a limited number of products for a short period of time.

QVC this year launched two new standalone channels, QVC Style, which showcases its fashion, accessories and jewellery and QVC Extra, which focuses on the best of its entire product range (see case study below).

Being able to educate people about your products is key to selling on TV, says Oriele Frank, director of international marketing at skincare brand Elemis, which has been selling its products on QVC for 18 years.

“QVC is a very powerful channel that allows you to physically demonstrate your products using an expert professional [beauty] therapist. It allows you to show the brand in a very strong medium – television,” she says.

Opinion Matters research found that 10 per cent of Britons say they benefit from visual demonstrations of products before they commit to purchase.

Frank explains that using Elemis experts to showcase products helps give credibility to the brand. It uses Keeley Aydin, who has worked with the company for 12 years and runs her own salon.

“She can really engage with the customer because she works with the Elemis products everyday – she’s a real therapist. Education is probably the biggest thing QVC does. It helps to educate the client about how to look after their skin, their body care and their general well-being,” explains Frank. “People enjoy watching an expert that they can learn from. She has a real following.”

Showcasing products on QVC also benefits the other channels that Elemis sells through. The brand is also stocked in John Lewis, Harvey Nichols and Debenhams. “It’s a fantastic way of educating the rest of our market about the brand. We always find that there’s a spike online and in retail after we’ve been on [QVC],” she says.

“Television shopping relies on the clicker – on someone with their remote control flicking through and finding you almost by accident. You can spend money on advertising, but it tends not to work overall,” he claims.

Rocks TV, which airs in the United States, but is broadcast live from the UK, and Gems TV, broadcast on various channels 24 hours a day, feature the journey a gemstone takes from mine to market.

“We send a film crew around the globe, to different mines. This year we’ve been to Sri Lanka, China, Turkey, Brazil, India and Oregon in the US. We film the gemstones coming out of the ground,” he says.

“We’re teaching people about gemstones and we’re giving them prices they cannot get on the high street. We’re mixing education with shopping. Most of our customers eventually become hobbyists.”

Price is an important factor in attracting consumers. Elemis recently sold more than 105,000 units in 24 hours after its one of its product featured as QVC’s Today’s Special Value – a daily slot offering one item at a low price.

Selling in that slot means consumers have to be watching at a particular time to take advantage of discounts, says Frank, whereas online advertising can be less targeted. “The offer is only on for that hour or 10 minutes. Most people will go online and browse in their own time, but with the special value offer you have to catch it on live TV,” she says.

The Genuine Gemstone Company sells products via reverse auctions, starting at one price and then dropping it until all pieces are sold.

Exclusivity and added value are another pull for viewers. “We’re unique in that we only do genuine gemstones – we don’t touch synthetics or lab created gems, or Swarovski crystals,” says Bennett.

“Consumers want to feel they’re getting something special, something they might not be able to get on the high street. You have to engage them with special sizes and products,” adds Frank. “We do a lot of exclusives as well, which gets that product to a lot of people. Then when it launches in the rest of the market three months later, there’ll be a buzz about it.”

The Genuine Gemstone Company’s Bennett says that its audience is predominantly female and as most of its customers are buying for themselves. People who are buying beauty products on QVC tend to be over 35.

QVC is a great way of educating the rest of the market about the brand. We always see a spike online and in retail after we’ve been on QVC

The rise of social media, rather than diverting customers away from the medium, seems to have enhanced people’s experience of shopping from the TV.

QVC has adopted a ’360 approach’ in terms of its offering and has an ecommerce site, a smartphone app and a strong social media presence.

This also extends to when the shows are being broadcast. “Presenters use iPads live on TV to demonstrate customer referrals on their website. They’re integrating social into what they’re saying. Sometimes there’s even live chat on TV, with presenters asking viewers to send in their questions so they can answer them on air,” she says.

The Genuine Gemstone Company has launched a mobile app for iPhone users and is working on apps for Smart TVs, so viewers can watch and buy from their remote control, rather than having to pick up the phone.

“We’re looking to converge the comfort of watching from the sofa with the rich experience of online,” explains John Bennett, ecommerce director at Gemporia, part of The Genuine Gemstone Company. “The app allows our customers to view our channels and interact with us however and whenever they want.”

“In companion mode, the app provides second-screen information to accompany the live TV presentation and to easily interact with us and purchase. Or the app can be used standalone to view any of our UK or international live broadcasts with all prices displayed in local currency.”

However, regulation relating to TV channels must be strictly adhered to. In May this year, Sit-Up Ltd, the company behind the television shopping channels Bid and Price Drop was found to have consistently made misleading price claims and product descriptions.

The Advertising Standards Authority asked the broadcasting regulator Ofcom to consider statutory sanctions against the company after 27 rulings against Sit-Up were upheld for breaches of ASA regulations. Ofcom has yet to rule.

TV shopping has proved a rewarding channel for many brands, but education and not over elaboration is the key to selling success.

QVC launched in the UK in October 1993 and the first product sold was a yellow alarm clock in the shape of a Volkswagen Beetle at £16.50. QVC has become one of the biggest multi-media retailers in the UK reporting a net revenue of £403m in 2012.

Twenty QVC presenters and a range of guest hosts offer over 96 hours of live product demonstrations each week from two TV studios. These include the people behind the brands, including TV stylists Trinny & Susannah, womenswear designer Giles Deacon and handbag maker Lulu Guinness.

For musicians, a 15- minute show on QVC can account for a weeks’ worth of sales from a nationwide supermarket chain and Il Divo, Westlife, Melanie C and Mick Hucknall have all performed live on the channel to promote albums and products.

The most expensive item sold on QVC is a strand of South Sea Pearls for £26,851.

“Regulation has got stricter, in terms of what you can say live – you can’t oversell or overcommit. Legislation has got tougher but I don’t think that’s a bad thing,” says Oriele Frank, director of international marketing at Elemis.

“Because TVis a linear medium, you’re seeing one product at a time, whereas on a website you can search through things, it tends to be people with a bit more time on their hands, who can invest time in watching,” says Steve Bennett, Founder, The Genuine Gemstone Company.

“We’re switching off the QVC Active service [where people could order products by using their remote control] as customers, whether at home or on-the-go, are using our faster mobile apps to order”, says Steve Bridgeman, chief merchandising officer at QVC.

“A lot of beauty brands will look to [channels like] QVC, but they have to make sure they can cope with the logistics. You have to have strong financials to support the inventory. That’s tough nowadays for a lot of companies,” says Oriele Frank at Elemis. 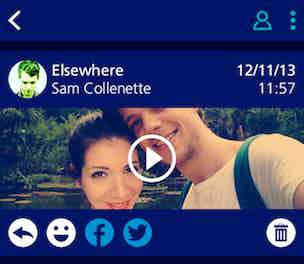 After much deliberation among the august judging committee (me) here are the awards for the best and worst of 2013.