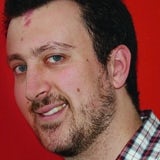 Hewlett-Packard’s buyout of Autonomy, the Cambridge-based software company, has brewed up a media storm about successful British businesses, and whether they should stay British. But it also shows just how valuable an asset data is going to be for technology giants like HP.

Autonomy’s Intelligent Data Operating Layer (Idol) allows computer systems to make sense of data that comes in human-friendly formats like video, music or news stories, rather than as numbers, programming code and spreadsheets. With automatic hyperlinking, for example, Idol links related content based on shared meanings, rather than just shared keywords.

HP’s £7.1bn offer represents a 64% premium on Autonomy’s share price at the time of the deal, and is 47% higher than Autonomy’s pre-tax profits to June 2011. It is a vote of confidence from the HP board in the value of harnessing data in all its guises, however HP’s own shares fell 20% on news of the deal last Friday (18 August).

That fall seems not to be merely a response to the big capital investment by the company, but to indicate greater scepticism from investors about HP’s overall strategy. If this is the case, however, it is more likely to be a reaction to HP’s massive corporate flip-flopping than to any doubts about the value of Autonomy.

A year ago, HP bought smartphone maker Palm, signalling an aggressive charge into the consumer mobile market. Now CEO Léo Apotheker says that business is too costly to compete in – as is PC manufacturing, in which HP has an 18% market share worldwide.

Autonomy is a company whose technology is buried deep inside the applications it powers. Almost no consumers will know what precise impact it has on their day-to-day lives. It has become a recognisable brand nonetheless – both as sponsor for Tottenham Hotspur Football Club and as a beacon for the profitability of the UK tech industry.

Yet, with this data-based business strategy, HP is still retreating from the front of consumers’ minds. A year after Apotheker said he wanted HP to be cooler than Apple, it seems the company now prefers the heat of the engine room of consumer technology, rather than being emblazoned on its outer livery. 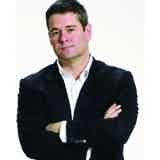 The news that Steve Jobs has resigned from Apple and will be replaced as CEO by Tim Cook made global headlines today (Thursday). What has followed since has been a frenzied discussion of what the loss of Jobs will mean for new product development timelines, share price issues and corporate culture. But the real question […] 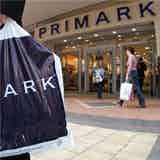 There are some interesting rumours circulating this week that Primark is poised to launch its first transactional website, rumours that Primark staunchly denies. But it got me thinking that it is one of the only retailers that doesn’t need an ecommerce site. The fashion and consumer press was alive with the rumour earlier this week, […]