Apotheker was in the role for less than a year, during which time the company’s market value had dropped $60bn (£39bn) and, despite being the market leading PC manufacturer, exited the hardware business to focus on business software.

He becomes the second CEO to leave the company in less than two years, following Mark Hurd’s forced resignation after sexual harassment allegations.

It is hoped that Whitman’s appointment will rebuild investor confidence in the company, which has seen disappointing earnings forecasts.

HP has also hit a snag in its proposed £7.1bn acquisition of business software firm Autonomy, as the majority shareholders of the UK firm refused to accept the initial bid. Whitman will now lead the takeover process.

She says she will now review HP’s strategic initiative to shift away from hardware and will “surface with [her] own point of view on this”, suggesting she may change course on the strategy.

Lane says of Whitman’s appointment: “We are at a critical moment and we need renewed leadership to successfully implement our strategy and take advantage of the market opportunities ahead.

“The board believes that the job of the HP CEO now requires additional attributes to successfully execute on the company’s strategy.

Meg Whitman has the right operational and communication skills and leadership abilities to deliver improved execution and financial performance.” 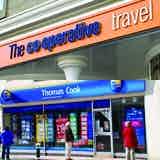 The new retail joint venture between Thomas Cook, The Co-Operative Travel and Midlands Co-op Travel has handed a senior marketer a seat on the shareholder board. 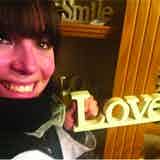 Match.com has appointed Mikhail Basman into the newly created director of online marketing role to enhance its digital activity. 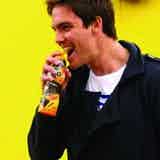 Former Diageo UK chief Simon Litherland is to take up the new role of managing director at Britvic Soft Drinks to help give the company “a tighter focus” in Britain.Litherland, who was ousted in a restructure at the global drinks giant, oversaw brands such as Guinness and Smirnoff.