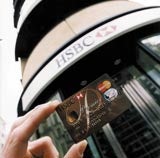 A spokeswoman for the bank in the UK says Ogilvie will be looking at the implementation of the bank’s group marketing strategy worldwide. Further changes to the marketing team are on the cards.

Stringham, a former Young &amp; Rubicam US chief executive, was appointed in January 2001 to bring together the marketing activities of HSBC’s operations across 81 countries. Three months later, Lowe Lintas was appointed to handle HSBC’s UK advertising business in place of St Lukes, as the bank moved to establish a unified global brand (MW April 5, 2001).

The first fruits of its global advertising campaign were revealed in March 2002 and used the strapline “the world’s local bank” to show how HSBC united different cultures around the globe.

In November, HSBC made its largest acquisition to date, when it bought US consumer finance company Household International for &£9bn. Household International owns the UK-based HFC bank, which had previously gone to litigation over the similarity of HSBC’s name to its own. An out-of-court settlement was reached in February 2000.