The open letter, signed by group chief executive Stuart Gulliver, offers the bank’s ‘sincerest apologies,’ while also playing down media reports that around 100,000 clients were involved, reading, ‘at its peak, the Swiss Private Bank had about 30,000 accounts.’

Gulliver says the bank has “absolutely no appetite to do business with clients who has evading taxes or who fail to meet our financial crime compliance standards.”

HSBC claims it has undergone a ‘radical transformation’ in recent years and has looked to prevent its services from being used to evade taxes or launder money by reducing its number of Swiss accounts by almost 70% since 2007, and by placing a focus on compliance and tax transparency over profitability.

It might, however, want to look away from its YouGov BrandIndex rating, measuring consumer’s brand perception of quality, value, reputation and satisfaction, which has plummeted since the story went public.

Its brand buzz score, which is a balance of positive or negative messages consumers have heard through news, advertising or word of mouth, stood at -0.8 on 8 February.

It is now -25.9 after falling a staggering 25.2 percentage points since the media publicised the scandal and comfortably bottom of the UK’s 28 biggest banks, with a score more than four times worse than the Royal Bank of Scotland’s.

HSBC is not the only bank to face scandal with many major bank brands suffering in the years following the pre-2007 boom. In 2013, Switzerland’s oldest bank, Wegelin, closed permanently after admitting to allowing more than 100 American citizens to hide $1.2bn from the Internal Revenue Service for almost a decade.

HSBC will also be hoping to avoid the reputation damage caused by Barclays LIBOR rate-rigging scandal in 2012, which saw the bank fined for manipulating the rates banks use to lend to each other in the wholesale market.

Arun Melmane, an analyst at investment bank Canaccord Genuity, believes HSBC can recover from brand damage so long as it clearly communicates that this is a thing of the past.

“This HSBC story is a legacy of what did exist in private banking before the financial crisis and that the governments around the world don’t want to exist any more,” he explained.

“These are offences but they were quite overlooked at that time by a lot of jurisdictions due to Swiss secrecy. Swiss private banking nowadays is not about saving taxes but about managing people’s money.”

Accusations that HSBC helped wealthy clients evade taxes appear to have hit the reputation of its high street bank, according to brand tracking data. 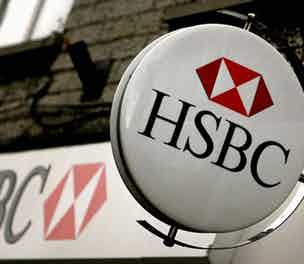