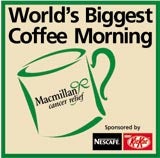 The pitch, against an undisclosed opponent, was overseen by head of fundraising and communications Judy Beard and was handled by the AAR.

The appointment comes ahead of a major integrated campaign by the charity, which appointed PHD to its media account earlier this month (MW August 12), to highlight the financial costs of living with cancer.

Macmillan has been without a lead agency for over a year, since parting company with J Walter Thompson, which had produced high-profile advertising for the charity. It will continue to use roster agencies Clark McKay Walpole, Barraclough Edwards Chamberlain, Different Kettle and Whitewater for individual projects.

Macmillan Cancer Research was founded in 1911 by Douglas Macmillan after he had seen his father die of cancer. The charity specialises in offering support services to people living with cancer and is well known for its 2,500 Macmillan nurses, who offer specialist cancer care in hospitals and people’s homes.

Macmillan Cancer Research is separate from the Douglas Macmillan Hospices, which this week dropped television presenter Anthea Turner after she failed to show up at or support any of its fundraising events.