The smartphone manufacturer signed a two-year global sponsorship deal with Arsenal in January, which lasts until the 2015/16 season. For Huawei the partnership includes a brand presence during matches, access to Arsenal players such as Jack Wilshire and Mesut Ozil for marketing communications, which it hopes will boost the brand’s exposure in the UK market.

Rather than embarking on a big-spending brand campaign like rivals HTC, Apple and Samsung have rolled out in recent months, Huawei is looking to more targeted activities such as grass roots sports, “money can’t buy” experiences and direct and digital marketing to Arsenal fans to grow perceptions of the brand in the UK.

Speaking to Marketing Week at the inaugural “Huawei Cup” 5-a-side football competition where the company invited customers, staff and partners to play in a tournament at Arsenal’s Emirates Stadium this week, Huawei’s UK executive vice president Mark Mitchinson said the aim is to grow aided awareness of the brand from 36 per cent of consumers last year before its deal with Arsenal was announced, to 60 per cent next year.

Huawei has just a 0.9 per cent share of the UK smartphone market, according to the latest three month average comScore MobiLens data to the end of March 2014. Huawei comes at the bottom of all the smartphone brands comScore analyses, including LG (1 per cent) and Motorola (1.3 per cent).

The Chinese smartphone maker also falls below most rivals in terms of consumer perception. Its awareness score is 31.8, which ranks it 21st in a list of 29 mobile handset makers and operators, according to YouGov’s BrandIndex.

The brand’s overall index score – which takes into account six measure of consumer perception including impression, quality, value, reputation, satisfaction and recommendation – is -0.1, again ranking it in 21st place.

On both measures, the brand at least ranks ahead of rival Chinese smartphone manufacturer ZTE, but Mitchinson admits there is still a mountain to climb.

He added: “We are aware of the challenge, but I have been in organisations like this before [Mitchinson worked at Samsung for more than a decade] that were not heard of and are now household names.

“There are a lot of phone manufacturers out there that have 100 per cent brand awareness but are not performing well: Blackberry, Nokia, LG….but we are a growing brand compared with those brands. Last year we grew our smartphone business by 100 per cent. It’s a low base but a growing base.

“Last year I wanted to pull away from other Chinese brands [in the market], we’ve done that. Now we’re looking at our success versus other competition and we are making positive moves: last year we were second biggest in the prepay market, but we know we have to move to build our contract business too.

“That’s not an easy job but we have the might and we are well-received and resourced from our [retail and operator] customers.”

Rather than go “all guns blazing” and spend on expensive above the line advertising, marketing will be “measured” in an attempt to grow share and awareness at a steady pace, Mitchinson said.

As well as lending the Huawei name to grass roots activations – particularly with children in the local community – the brand is also exploring co-marketing exercises with other Arsenal sponsors.

Activity will include a tie-up with BT Sport, which became a partner of the club in October last year to communicate to fans about the connected home, tying in Huawei’s other products such as its dongles and set-top boxes. Mitchinson says such tie-ups will help the Arsenal sponsorship become a sales opportunity as much as a branding exercise.

While Huawei has yet to gain much traction in Western markets, the company is hugely successful in Asia. The company’s 2013 annual profits surged 34 per percent last year to 21bn yuan (£2bn), as it benefited from strong demand in China for 4G technologies. 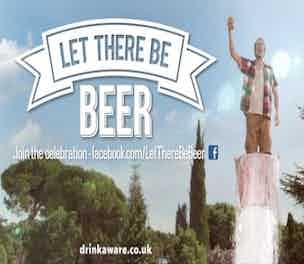 The nation’s five biggest brewers are readying a marketing push to promote beer’s versatility after their initial joint-effort to reignite dwindling sales was slammed for focusing too heavily on mainstream beers. 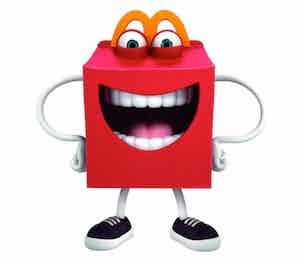 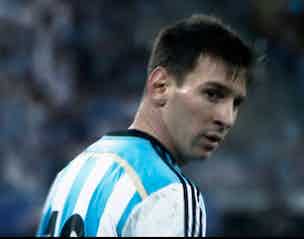 Adidas is taking an unusual approach to engendering loyalty among social media followers by encouraging them at the end of its star-studded World Cup ad to opt out of CRM initiatives and Twitter updates if they can’t demonstrate they “understand Adidas’s philosophy and approach to football”.