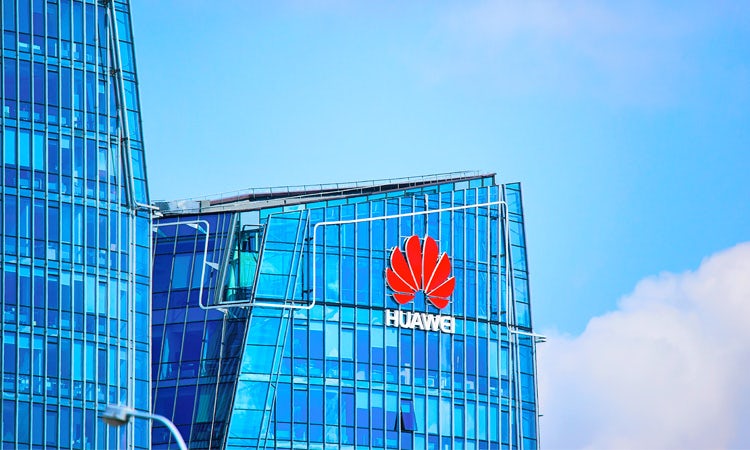 Technology without marketing is an “uphill battle”, according to Huawei’s UK marketing boss, as the Chinese behemoth looks to “extend what’s humanly possible” and become a bigger brand than Samsung and Apple in the UK.

Speaking exclusively to Marketing Week after launching its latest suite of mobile innovations, including a £2,000 5G foldable phone, at 2019’s Mobile World Congress in Barcelona, Justin Costello says while Huawei is still quite a young brand in the consumer space it understands the importance of brand.

“[It has become] very clear, particularly in the UK, that brand is hugely important because you can have all this great tech but unless you are able to tell those stories in a compelling way that appeals to consumers, it’s an uphill battle,” he says.

“In terms of importance within the business, marketing is now up there with product. Thankfully it’s invested in properly. We’re investing in team structures, the right bandwidth and capabilities within our marketing function to be able to exploit what we’re doing from a technical perspective.”

READ MORE: Sarah Vizard: Huawei has the products, now it needs the brand to match

Huawei is building its brand through a focus on technology and innovation. In 2018, it was the third-biggest smartphone maker globally, with 206 million smartphones sold compared to 157 million in 2017 and just three million in 2010, according to IDC.

However, while its consumer business group revenue hit $52bn last year, in the UK Huawei is yet to be seen as a consumer brand in the same way as Apple and Samsung. While globally it had a market share of 14.7% in 2018 according to IDC, just 0.2 percentage points behind Apple, Statcounter figures show that in the UK its market share was just 6.2% in January 2019.

However, Costello believes Huawei is “absolutely” on the right track to build a brand that can compete with its rivals.

“In the UK we are still relatively unknown so there’s a lot of low-hanging fruit, lots of opportunities, it’s not as if we’ve got to the top of that premium just yet,” he says.

“We’ve had an amazing 2018 that has been transformational. The brand has grown dramatically but we still have a long way to go. Do I think we can claw that gap a bit closer in the next two to three years? I think so.”

In terms of importance within the business, marketing is now up there with product.

The launch of the Mate X, which Huawei claims is the world’s fastest 5G phone – 2.8 times quicker than the industry standard and able to download a 1GB film in three seconds – comes less than a week after rival Samsung unveiled its Galaxy Fold.

Huawei’s engineers have been working on the design for the past three years to develop a patented hinge with more than 100 components. The “challenge against physical nature”, as Huawei’s CEO Richard Yu says it has been, will set consumers back more than Samsung’s Fold at €2,299 (£1,997) when it goes to market in the summer.

For most people, this is an unrealistic price tag. But Costello says this will likely come down over the next 12 to 18 months as 5G becomes the norm and more foldable phones come to market.

“When you push into the new arenas like 5G will be, the proliferation of the network will be quite low to begin with. You’re pushing new boundaries of innovation, and innovation is a costly exercise,” he says.

“With that particular product, we’ve built it around 5G because that’s the next level. You’ll see some time next year more and more devices start to come up. Like everything else, once we’ve broken through that arena and the concept is complete we will start to hone that design and bring that down and bring an offering in.”

Another interesting feature of the Mate X is its OneHop tech, which allows files to be instantly transferred between Huawei phones and laptops via NFC. This includes photos, videos, texts and Powerpoint presentations.

When asked whether there could be opportunities for brands to use OneHop for something like ecommerce, Costello says: “That is an interesting concept. Market through your web experience and tap on to your phone…Technically from our perspective everything is possible but of course you have to be respectful of how data is exchanged between marketing material and through to people. But technically there’s no reason why it wouldn’t be possible.” 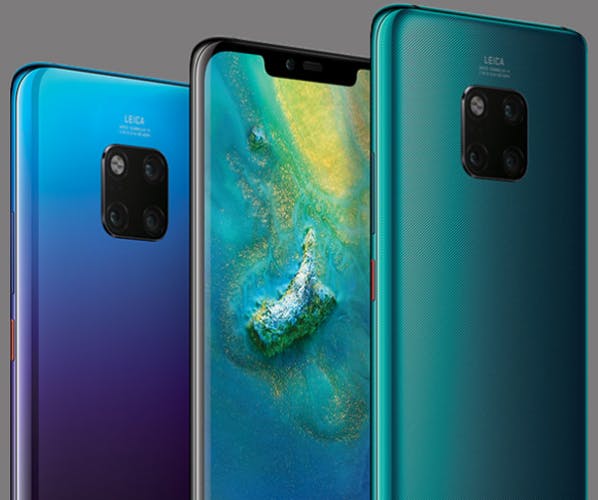 Huawei’s new flagship smartphone shows it has the tech know-how to compete with, and often beat, the best Apple and Samsung products on the market but to really take on the top two it needs to work on building its brand.