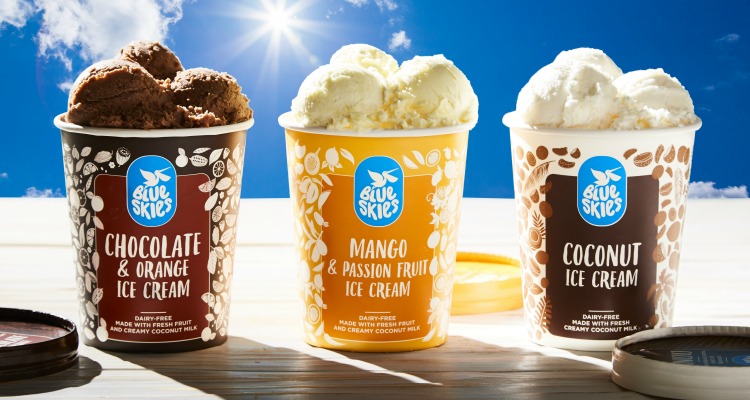 “It was a very hard decision, but at the same time a very easy decision,” says Hugh Pile, of his decision not to return to L’Oréal after his sabbatical and instead take on a permanent role at his family business, Blue Skies Holdings.

It might also seem like a strange decision. Pile was, most recently, the CMO for Western Europe at L’Oréal, responsible for multimillion pound budgets, a huge marketing team and the strategy for brands recognised around the world. He has given that up to become sales and marketing director at a brand most people will never have heard of.

Yet that is the challenge that in the end convinced Pile to stay; the opportunity to build a consumer brand from scratch. To, as he puts it, “get his hands dirty” again. And of course the draw of working for a family business that has changed the way fresh cut fruit is produced and made a real difference in the markets where it operates.

For those that don’t know (and most people won’t), Blue Skies supplies fresh cut fruit, including mangoes, watermelon, papaya and pineapple to some of the world’s biggest retailers, such as Waitrose and Sainsbury’s in the UK. But unlike most suppliers, it runs its operations from the markets where the fruit grows – so Ghana, Brazil, Egypt. Pile describes it as the opposite of neocolonialism, where the resource is taken out of the market of origin as quickly as possible.

Instead, Blue Skies has built production facilities in these markets. In Ghana, for example, it employs 3,500 people and runs a “give-back model”. Staff are paid three times the average wage, canteens offer free food, free buses ferry staff to and from work and it provides occupational healthcare for workers and their families. Communities and infrastructure have built up around these sites and, through its foundation work, Blue Skies is helping these communities by building classrooms and libraries, drilling boreholes for water.

L’Oréal was wonderful but I really have enjoyed coming back and starting again and building something from scratch – a brand that no one has ever seen or touched or felt before.

“By placing the factories in the market, we offer two benefits: one is fresh from harvest and the second is adding value at source,” explains Pile. “In as little as 24 hours we can take fruit from the ground, to be cut and packaged in our factories and delivered by plane to depots in the UK. The core thing [my father] believed is that fresh from harvest is the absolute pinnacle of the consumer experience. And that sustainable business makes profit and puts that back into the community.”

Most people will have eaten Blue Skies products, but won’t be aware they have. That is something the company is looking to change, and why Pile has made the move now.

He admits that the pull of the family business has been like the Sword of Damocles hanging over his head for his entire career. He has always felt that he should work there, but equally wanted to have his own career because there is “nothing worse than the boss’s son coming in and not bringing any fresh ideas to the business”.

Having had a near 20-year career spanning Diageo and L’Oréal , no one can now accuse Pile of that. But there is another reason why now is the right time: Brexit has forced the business to diversify and it is launching its first consumer-facing products – fresh juice and ice cream – meaning it now needs a consumer marketing function.

“That is one of the real pleasures of coming. Not to disrespect anyone in the team, but no one here was a marketer, it was never needed because the marketing was done by the retailers. I felt I could add a little something,” he explains.

The first job was to redesign the Blue Skies logo, with Pile describing the old one as “a bit 1970s stencil”. Then came a complete brand positioning, creating a brand identity, designing a packaging range and building and upskilling the team – all done “on an absolute shoestring”.

“That has been the really exciting challenge. At L’Oréal it was a wonderful few years but to start something with a total blank page, I really have enjoyed coming back and starting again and building something from scratch – a brand that no one has ever seen or touched or felt before. We had an opportunity to take all these lovely values and distil them down into something.”

Blue Skies’ ice cream – which is made from coconut milk and therefore dairy-free – is already available in Waitrose in the UK, as well as Carrefour and Monoprix in France. It also sells its fruit juice and ice cream in markets local to its factories, including in Ghana and Brazil, and its fresh cut fruit is now available under the Blue Skies branding in France and will soon be in Slovakia and Poland.

The core positioning is ‘For the love of fresh’, which Pile admits is critical but “an overplayed statement in the market”. And so the marketing focuses on trying to differentiate its freshness by telling the story of the farmers it partners with, the staff it employs and the sites it runs. 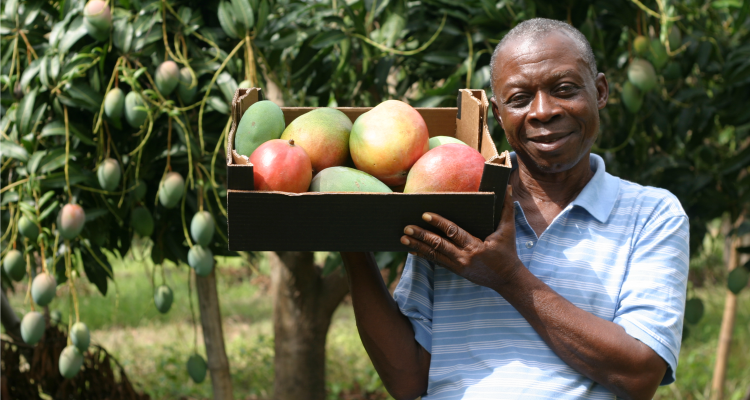 Social media is key to telling those stories. As is getting the product out there through sampling at events such as Taste of London. Pile admits Blue Skies cannot compete on spend with the likes of Unilever, but hopes its product and brand purpose will make it stand out, although he admits communicating that is a big challenge.

“We have to be really transparent, authentic and show that rawness, which is why our Instagram is not too polished and I’m answering consumers on the Facebook page, and at going to tastings, explaining it’s a family business, it’s what we do. And really getting that human element across.”

The business currently has a turnover of £100m annually, but 97% of that is private label. Pile’s ambition is for branded products to be 10% of its business in five years, and to quintuple its turnover to £500m in the next 10 years.

Pile believes his background at both Diageo and L’Oréal will help. He describes his time at L’Oréal as a “real step-change in my marketing maturity” due to the “challenging but exhilarating” pace of innovation, which is invaluable in a market where speed is critical. He also describes the balance of “entrepreneurialism and process” as key.

I hope every marketer now feels a real sense of desire to try a role that matches and balances purpose with a wider set of marketing challenges.

“[Both] are wonderfully well-structured companies, great at knowing how to analyse and address opportunities as well as risk, and with the right amount of process. That’s the key, how do you not lose your entrepreneurialism but also have the right level of structure behind it to make sure you aren’t making silly mistakes. That’s what Blue Skies now needs,” he explains.

Pile’s decision to go on sabbatical has also impacted his former employer. It has recently brought in a programme, called ‘Be Right Back’, that enables staff to go on a two-month sabbatical to gain new skills they can bring back to the company.

“L’Oréal was amazing. To give me a sabbatical in that position is a real sign that it is taking people development very seriously,” he says. “The company was very supportive right the way through, but it was tough, it was almost like breaking up with someone.”

Yet, sat in his new open-plan office looking out across open fields and with a short walk home every evening, it’s clear Pile knows he has made the right decision. And it’s one he hopes other marketers might consider taking – even if not everyone has a family business ready to walk into.

“I hope every marketer now feels a real sense of desire to try a role that matches and balances purpose with a wider set of marketing challenges.” 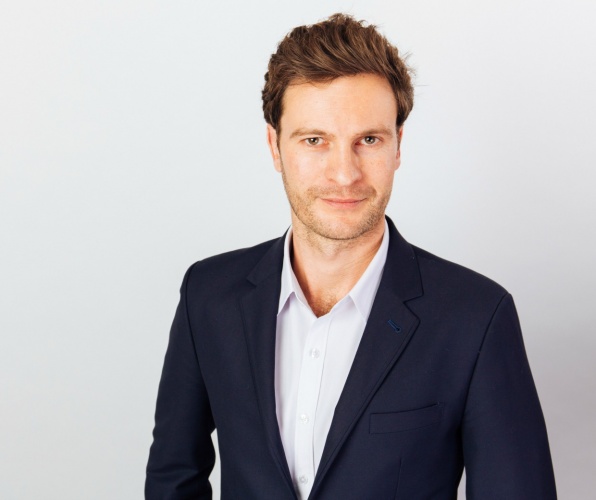 L’Oréal’s CMO for Western Europe will be replaced but Pile will ‘stay connected’ with the company and return in a new role. 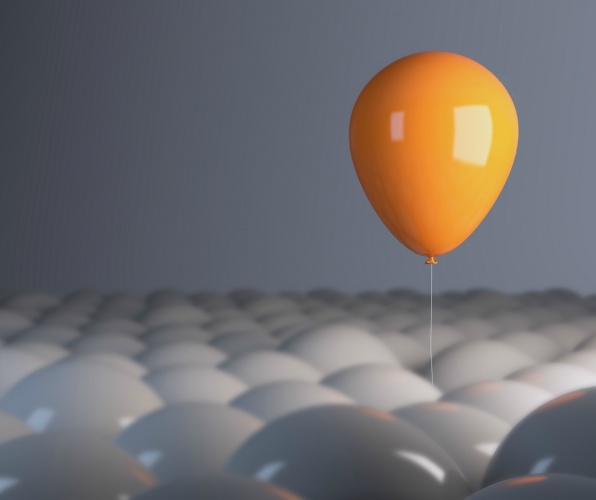 Pippa Dunn left her role as the marketing boss at EE to set up her own company, Broody, that works with startups and believes more marketers should consider whether corporate life is right for them. 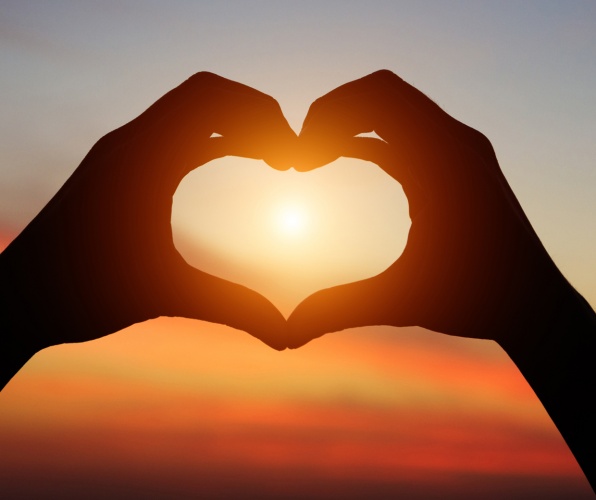