He outlines the party’s election promises to the new media industry in our exclusive interview with new media age this week.

These include encouraging self-regulation, ensuring the BBC doesn’t have a negative impact on the online commercial market, supporting a new structure for online copyright and IP, ensuring privacy concerns don’t throttle commercial models, and creating an environment attractive to the world’s most innovative digital media companies.

A central theme of Hunt’s promises to the digital media industry is that a Conservative government would have an extremely light-touch approach to regulation, in order to protect an industry it views as crucial to the UK economy.

“We’re one of the most advanced countries in the world for creating digital content,” he said. “Central to that is a government embracing it but knowing when to regulate and when to step back.”

Tim Lefroy, chief executive of the Advertising Association, said he was optimistic. “We like what we hear from the shadow team and we’re hopeful the Conservatives will look to reduce the increasing burden of legislation on the industry,” he said. “We’re looking forward to actively engaging with the party’s review of the creative industries.”

On online privacy, Hunt said the Conservatives recognised the importance of addressing consumer concerns to ensure models such as behaviourally targeted advertising weren’t obstructed. “Government can facilitate a solution by helping to bang heads together. I’m confident there’ll be a solution because in the end there’s massive commercial self-interest in solving this.”

IAB head of regulatory affairs Nick Stringer said he was encouraged by Hunt’s views but said any incoming government must support the industry’s self-regulatory efforts.

“We’re encouraged that the Conservatives are going in the right direction,” he said. “But any expected government must support the investment already made by digital businesses in self-regulation.”

Hunt also promised a Conservative government would establish firmer boundaries on the BBC’s activities online. “The BBC’s online presence should be within defined boundaries that relate closely to its broadcast output. We’ll have discussions with the BBC when it’s negotiating the next licence fee in 2012,” he said.

John McVay, CEO of independent producers’ trade body Pact, said, “We want to see the BBC site increase transparency on third-party suppliers and Channel 4’s terms of trade on IP include any commissions for online. We’ve had a warm bath from the Government so far.”

On the issue of online piracy of content, Hunt was adamant that ISPs should play a more active role and highlighted the theme of social responsibility. Digital media investor Peter Bazalgette welcomed such a strategy, saying, “No one really has the answer but getting ISPs to offer parental controls to block content is one approach.” 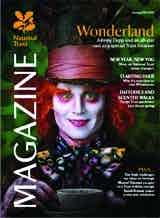 In an effort to demonstrate their caring side, corporate brands are moving away from traditional cause-related marketing to ‘co-donation’ projects that combineconsumption with philanthropy. 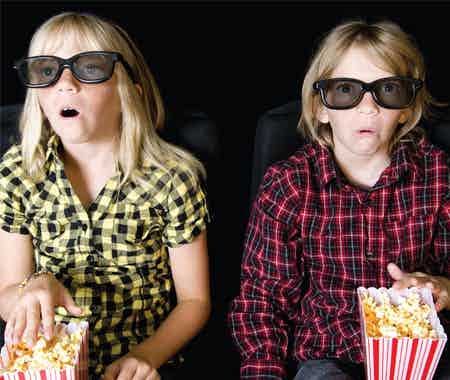 3D technology is coming on in leaps and bounds, and filmgoers are captivated by its ability to make them feel part of the action. A growing number of brands and properties are preparing to turn the trend to their advantage.