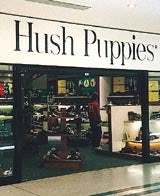 Footwear company Hush Puppies has appointed Gary Ramey as vice-president of global marketing as it steps up its efforts to become the world’s leading casual shoe brand.

Ramey joins Hush Puppies from the Sara Lee Corporation, where he has held a number of marketing and general management positions over the past ten years. He replaces Jeff Lewis, who is understood to have moved to another marketing role within Hush Puppies’ parent company Wolverine World Wide.

Ramey will report directly to company president Spencer Zimmerman, who also joined Hush Puppies this month. He comes from the Brown Shoe Company, where he was senior vice-president and general manager of the Naturalizer brand.

Ramey will be responsible for developing an “integrated marketing programme that builds brand equity on a global basis”. UK marketing will continue to be overseen by Rachel Miranda, the company’s UK marketing manager, although advertising created in the US is often adopted by European marketers.

“We will continue to draw on marketing support from the company in the US and I think Gary Ramey will be refining this, which will help us re-energise the brand in the UK,” says UK managing director David Rist.