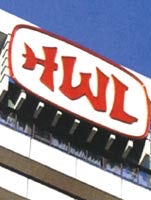 Marketing Week was first to reveal that the company was seeking agencies to help it launch a third-generation mobile phone network in the UK (MW July 6, 2000).

A brand name for the network, which will launch in the second half of next year, has yet to be unveiled.

Hutchison Whampoa bought its UK 3G licence for &£4.4bn last year, having been absent from the UK market for only seven months following the &£20bn sale of Orange to Germany’s Mannesmann in November 1999.