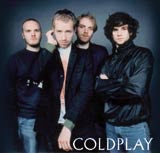 Bluetooth technology could soon be used for advertising purposes without marketers having to worry about being taken to court, following a breakthrough by Cambridge-based mobile technology company Hypertag.

Bluetooth marketing is effectively forbidden by the Privacy and Electronic Communications Regulations (2003), which say that marketers can only use electronic communications, including Bluetooth, for marketing if they have received prior consent from the consumer.

This is no problem for standard mobile phones, as consenting consumers can be identified by phone numbers. However, opt-in for Bluetooth has not been possible until now, as Bluetooth transmitters broadcast to all Bluetooth devices within range that are on and in “open” mode.

Campaigns using Bluetooth – such as last year’s test by Maiden Outdoor which had 13,000 consumers at London railway stations downloading a free sample track from the new Coldplay album – have relied on claims that consumers are giving implicit consent by leaving their phones on and “open”.

As yet, there has been no legal challenge to this interpretation, but a spokeswoman for the Information Commissioner’s Office (ICO), which administers the regulations, is adamant: “An individual must give their consent to an organisation before receiving direct marketing messages via Bluetooth technology.”

Now, Hypertag believes it has solved the problem by working out a way for consumers to signal consent. Rachel Harker, co-founder of Hypertag, says: “Bluetooth transmitters can be set to only broadcast to devices with a code word in their names.

“So consumers who want to receive marketing messages or branded content can do so by temporarily changing the name of their Bluetooth devices to include a specified code,” adds Harker.

Hypertag has also developed a low-power Bluetooth transmitter, where consumers can indicate consent to receive a marketing message by being physically within one or two metres of the transmitter, but it is unclear whether this would be acceptable to the ICO.