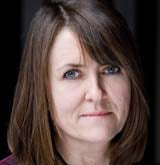 John Bartle must have recognised the smell of success when he agreed to join digital media specialist i-level as non-executive chairman in its early days. The former joint chief executive of Bartle Bogle Hegarty has seen the agency grow to 80 people with a turnover of &£50m in six years, with clients including the Central Office of Information (COI), BSkyB and Orange.

Last year was a pivotal one for the agency. It won major accounts such as the AA and BBC, and was voted media agency of the year in the Marketing Week/New Media Age Interactive Marketing and Advertising Awards (IMAAs). It also reorganised to allow consultancy Generator to develop as a standalone brand, while promoting senior account director Mark Creighton to i-level managing director (MW last week), reporting to group managing director Faith Carthy.

While i-level co-founders Andrew Walmsley and Charlie Dobres – a former general secretary of the Internet Advertising Bureau (IAB) UK and Ireland – are used to vultures circling overhead, the growth of one of Europe’s largest independent digital media agencies may herald more concerted swoops.

Carthy, a former press director at Zenith, points to last year’s Engage conference, when WPP Group chief executive Sir Martin Sorrell claimed the digital age “is not tomorrow, it’s today”, as evidence that the major marketing services groups are seeking to add digital expertise to their mix. In August, Aegis snapped up Glue for &£14.7m.

But Carthy says i-level’s management will keep faith with the agency’s independence. “We’ve had approaches, if not from day one, then day two,” she says. “There has been nothing to date offering the cultural or commercial fit.”

The agency opened its doors in 1999, with early clients including online bank Smile and William Hill. It survived the dot-com crash by adopting “a rigorous approach to checking out new clients’ business models”, says Carthy. “This brought us credibility and created an established, secure business.”

The medium is constantly maturing and i-level adapts by reviewing its original models. “We still pitch against the biggest and best agencies, but the difference now is that we can talk about digital services on a commercial level,” she says. “Traditional media is not as closely aligned to making an immediate contribution to a client’s business.”

Advertising, search and affiliate marketing make up i-level’s offering. Mobile services have also come of age and are integrated across these teams. The COI is one client interested in developing this channel. “Many campaigns are aimed at youngsters, and the digital space is where they live, eat and breathe,” explains Carthy.

The agency aims to develop advertising properties across IPTV (internet protocol television) and gaming platforms this year. It will also be recruiting staff (new recruits are affectionately known as Levellers and Generati). But this could prove tricky, warns Carthy/ “The industry faces a bunfight to get talented, experienced people and those with transferable skills. But I think this will be the year when staff at traditional agencies realise digital is no longer niche and that to give themselves longevity they will need to get to grips with it.”

I-level’s biggest challenge may be wrestling with its conscience and staying true to its independence if the media big boys offer cartloads of cash.