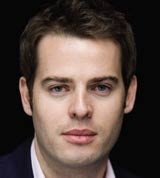 Creighton will be tasked with operational control and development of the agency’s advertising, search and affiliate marketing divisions and will aim to develop the i-level brand across digital platforms such as gaming and television over the internet.

Creighton has been with i-level for two years, most recently working on pitches for – and then heading the account teams for – Orange and Sky, which the agency won in April. He joined i-level from All Response Media, where he spent five years ending up as digital manager responsible for developing ARM’s digital offering.

The firm, which claims to be Europe’s largest independent online media buyer, was launched in April 1999.

Clients include the Central Office of Information (COI), Orange, BBC, AA, BSkyB, smile, William Hill and Interflora. There are 80 full-time staff, billings for 2005 were &£50m.