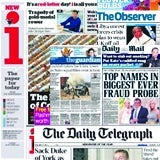 In i’s second set of monthly Audit Bureau of Circulation (ABC) figures, it increased circulation to 175,714. Of that figure, 167,944 is news trade sales, while 7,770 are “bulks” supplied to British Airways and BMI.

Andrew Mullins, managing director of i and The Independent, says: “The combined package that we are now able to offer across i and the Independent gives advertisers access to a quality broadsheet-reading audience that is significantly bigger than that of the Guardian.”

In the national quality market, circulation was down in February just 0.82% month on month as titles reported heavily on the various citizen uprisings in Africa and the Middle East. However, the sector is down 9.66% year on year.

The Daily Telegraph’s circulation declined 3.51% month on month to 646,517 and the title is down 12.04% year on year. It recently launched a loyalty service in a bid to increase subscriber retention. The Times’ circulation dropped 2.47% to 445,962, down 14.13% year on year – the largest yearly decline in the quality market.

The overall average net circulation for the tabloid market was down 4.02% month on month and circulation is dropping off 4.52% year on year.

Last month the Sun’s circulation was above 3 million for the first time in five months but it has once again fallen below the yardstick. Its circulation fell 6.11% month on month to 2,818,344 and is down 3.42% year on year.

Circulation for the Financial Times has continued to slide and is down 1.14% month on month to 378,708, down 2.46% year on year. However, the paper prefers to rely on its own measurement system ADGA which reports a cross-platform readership figure. The newspaper’s director of brand and b2b marketing Caroline Halliwell says her focus for 2011 is to convert registered users on its website into paying subscribers.

Among the other Sunday popular titles, the News of the World, which launched its men’s supplement Jam last week, was down 2.92% month on month to 2,708,158.

Once in a while, somebody joins your organisation and cramps your style. I fear that has just happened to me. The powers that be in global ivory towers have deemed it necessary to appoint a group global brand guardian who shall seek to drive best practice across local markets. They shall do this by accumulating […]

Waitrose head of commercial Nick White will be speaking at the Marketing Week 1-2-1 E-commerce Summit on 19 May. He will give his tips and advice for success in the online grocery market fresh from announcing a £10m investment in the Waitrose online platform. 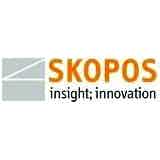