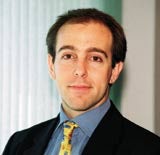 The Interactive Advertising Bureau is to publish stringent new guidelines on the design of pop-up and rich media advertisements next month. The news comes as a leading research company claims that as much as 90 per cent of the money spent on pop-up ads is wasted.

Pop-ups have become a target of much consumer criticism lately, on the grounds that they are intrusive and confusing. IAB UK chairman Danny Meadows-Klue says that while pop ups “can significantly enhance the brand experience online, they have to be used properly.” One frequent complaint is that viewers find it difficult to close a pop-up window, but Meadows-Klue says the IAB has now developed clear international guidelines which will require that “there will always be an explicitly clear close button, always located in the top right-hand corner and always in a different colour to the background design.”

A number of ISPs and portals have now banned all pop-ups. Marketers have continued to use them, however, because they achieve consistently high click-through rates. But research from Web behaviour specialists Bunnyfoot Universality suggests that many of these click-throughs are accidental.