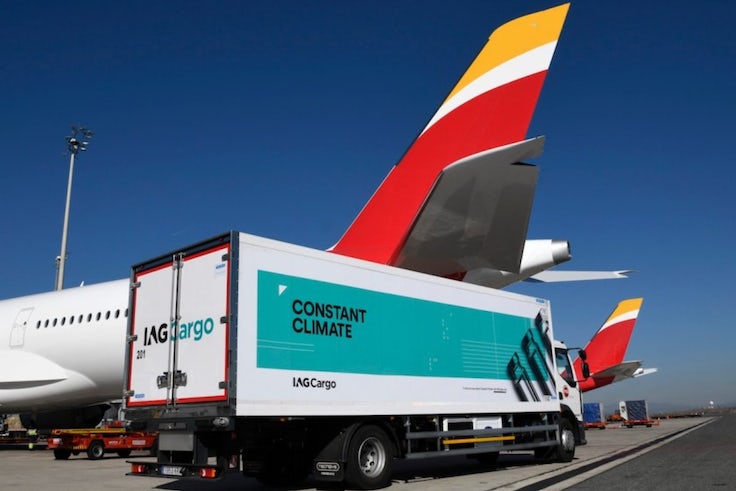 Matthew Gardiner was just a month into his promotion as head of marketing and external communications at global freight brand IAG Cargo when the pandemic hit in March 2020.

An ambitious and confident marketer who joined the business in 2017 as a marketing manager, Gardiner had long planned what he wanted to do if and when he landed the top job. Instead, he found himself having to scramble his team into full crisis mode.

And, as if that wasn’t enough, his wife was in hospital about to give birth. No one could blame Gardiner for feeling a little stressed, but looking back now he genuinely can’t recall too many moments of panic.

“It was a leadership role that I was really excited to take on. I had lots of ideas buzzing around my head, and then Covid hit and the rollercoaster ride well and truly began,” Gardiner says.

“I don’t think there was ever a moment when we considered whether or not it could be done. It was, ‘How do we do this?’ rather than ‘Can we do this?’ But yeah, since I started the job I’ve not had a boring day at my desk.”

The first thing to do was to ensure IAG Cargo – which along with British Airways is owned by International Airlines Group – was able to fulfil its brand promise to keep things moving. Freight cargo, especially in the UK, is massively reliant on its passenger-based counterpart.

As Gardiner explains, some 95% of all air cargo that comes into this country arrives in the hold of passenger flights. Medical supplies, food, microchips, all the vital components of everyday life are dependent on such aircraft.

The business had to completely reinvent itself at speed in a really challenging environment.

So, when air traffic came to a shuddering halt in March 2020, the air cargo industry faced a serious capacity challenge.

“Our solutions came in two prongs,” says Gardiner. “One was rapidly putting together a schedule of cargo-only flights on a regular basis on passenger aircraft. Then the second thing was to actually charter IAG’s aircraft to different countries and governments as a bespoke capacity solution.”

That meant completing over 1,000 chartered flights throughout the remainder of the year, transporting everything from personal protective equipment (20,000 tonnes of it) to pineapples. Extra space was found in overhead lockers, in the catering galleries and, in some cases, by removing seats from planes.

It also meant having to navigate constantly shifting conditions and regulations across international borders, as countries moved in and out of different stages of lockdown and flight restrictions.

Gardiner describes cargo as “the unsung hero” of aviation and, by extension, of the pandemic. “The biggest motivator for everyone in the team was that there was a job to be done,” he adds. “A crisis is the ultimate litmus test for a brand and it’s when you need to up your comms, so when the business turned to us to do that, that was quite a call to arms.”

The problem then was how to actually communicate all this activity and purpose to customers. “Success wasn’t guaranteed. The business had to completely reinvent itself at speed in a really challenging environment,” Gardiner explains.

“We needed to go all-out to communicate that we were open to business, that we had solutions to offer and that customers had the information that they needed.”

To make things worse, the marketing budget was cut completely after passenger flights were grounded. The solution was to develop as many direct lines to customers as possible, staging live stream presentations and generally upping the comms game. One immediately obvious channel was the brand’s customer loyalty programme.

“In a world without paid-for advertising, we took the view that marketing is fundamentally about great storytelling,” says Gardiner. “I encouraged the team to become master storytellers, to deliver compelling, commercially focused narratives.”

Details like the use of space on planes to cram in more cargo became the focal points of these stories on social.

The results were impressive, with traffic directed to the IAG Cargo website up by 362% and followers on LinkedIn up by 73%, accompanied by hundreds of bookings. The company has just reported revenues of £1.3bn in 2020, an increase of 18.5%.

IAG Cargo’s database was another vital source of engagement, growing by 41% since the pandemic began. Gardiner puts additional revenue derived from email marketing in the millions of pounds, something he attributes to data management and web analytics.

“I’ve always been a huge fan of data. Data is about testing, testing, testing. It makes your organisation more customer-centric, helps you drive efficiencies, deliver better results,” he says.

It also allowed the marketing team to zoom in on smaller campaigns tailored for more specific needs among the consumer base, saving money and delivering plenty of ROI in the process.

Working remotely wasn’t a hindrance, with Gardiner and his team holding regular get-togethers and bonding sessions around virtual activities. “It really gave you an insight into the characters that make up what is a fantastic team,” he says. “We have to share a bit of ourselves for emotional connections to develop.”

Gardiner is clearly proud of the work his team were able to deliver during such a traumatic time. “It’s been a hell of a challenge, but what I enjoyed mostly was the team of people that I work with, the resilience they showed,” he smiles. “There’s nothing like necessity, I guess.”

Moving forward, like many in the industry, Gardiner believes the enforced changes in planning and strategy over the past year will now form a more flexible framework for future campaigns.

“We’ve improved a lot of ways of working and a lot of those ways of working will stay,” he explains. “The pandemic was challenging on a daily basis, it was us going ‘What can we do today, how can we be better?’ It was almost a startup mentality.”

The fundamentals of IAG Cargo’s messaging will stay in place and, if anything, will be strongly reinforced. “In a crisis, let your brand be the anchor,” Gardiner stresses. “Crisis isn’t a time to move away from brand.”

TUI now acts on customer insight “almost immediately”, a change brought about by the pandemic that CMO Katie McAlister says must remain in place if it is to retain a competitive advantage.