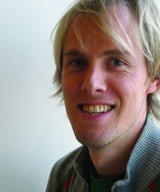 It is not yet known what role Tait, who writes the influential Crack Unit blog and was voted Most Influential Person in last year’s new media age Top 100 Interactive Agencies Guide, will take on at W+K.

Tait said the move was “one of the hardest decisions I’ve ever had to make” but said it was prompted by a re-assessment of his priorities over the past year. “Despite the tremendous support shown to me by my partners at Poke, working in London and commuting from Brighton doesn’t allow me to be the father I want to be to my daughters. As part of my life re-assessment, I ended-up having conversations with Dan Wieden about a fantastic opportunity with W+K. I went to visit and I fell in love with the place, the people and the life I know I can make for my family out there”.

Nicolas Roope will continue to run the creative department with creative director Emma Pueyo, who joined from DoubleYou in Barcelona in 2009. Roope said: “Iain has had a tremendous amount of change in his life in the last year, and it’s easy to see why he wants to put his family first. Iain’s an amazing individual and a unique talent. We’ve always had a great relationship, so it’s a real shame to see him go, but I completely understand why he’s made that decision. I’m committed to continuing to develop Poke’s creative offering as I’ve done for the last eight years”.

Co-founder Simon Waterfall left the agency in September 2009 with no job to go to.

Two-thirds of consumers consult a catalogue before buying a product or service, underlining the importance of an integrated, multi-channel approach to distance selling. 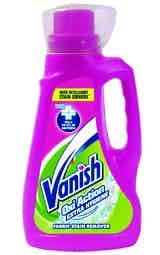 Vanish, the stain removal brand, is tapping into the nation’s desire for high-strength antibacterial cleaning products with the launch of a new “Extra Hygiene” variant. It will be backed by a £2m integrated marketing campaign.