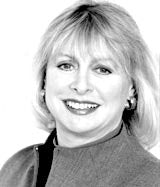 She has been replaced by Kevin Bishop, who has been promoted from within IBM. Bishop was previously responsible for channel marketing.

Jones joined IBM in April 1998 from Sony, where she was general manager for consumer electronics and head of European advertising.

Jones will be responsible for developing DERA as a business-to-business brand. This week the MOD agency also announced its new name, QinetiQ, which will be launched in July following DERA’s move into the private sector. The company will now be up for private share ownership under a public-private partnership scheme.

Jones says: “This is a fabulous opportunity to take one of the world’s cleverest organisations to market. The intention is to expand out of the defence arena, exploiting mould-breaking technologies in commercial areas.”

Earlier this year, IBM appointed a founder of Marketing Week, Michael Chamberlain, to the international role of head of media and content, media and entertainment and business innovation services. His responsibilities include Europe, the Middle East and Africa (MW January 11).