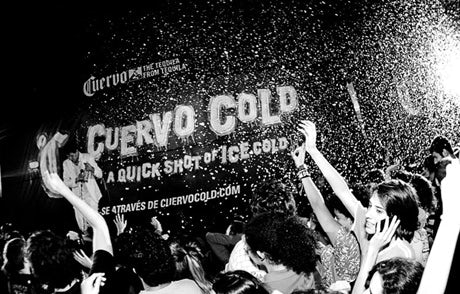 Marketing Week (MW): You started your career at PepsiCo but you are now working for a smaller brand. Does that require a different approach to marketing?

Peter Gutierrez (PG): Jose Cuervo tequila is called a ‘Lighthouse brand’ by consultant and author Adam Morgan, and by that he means brands that stand for something that some people might not get and won’t like but others will really like and engage with it. Cuervo is always going to be more like Marmite than it will be Dairy Milk because of what it is, but that’s great. I want us to be the Marmite of the spirits world.

That is a commercial aspiration because I want to have a brand that is going to be remembered and is passed around through advocacy. I want it to be about people telling their friends that Cuervo is cool and tastes great when it is cold, rather than me telling that same friend. Then the friend tries it and maybe she likes it, maybe she won’t – but that’s the risk.

MW: What is the marketing background of Jose Cuervo tequila and what is your plan for the brand?

PG: In all the markets outside Mexico and the US, the brand is very small and has a reputation that is pretty similar across those markets.

Our target customer tends to be early 20s and their experience with tequila is usually when they are out late at night, often drinking it after they’ve had other drinks.

So that is what I’ve inherited – [a drink brand that is] small and poorly understood and drunk by a limited number of consumers. The issue with that is that our budgets reflect the fact that we are a small company, so playing the ‘aspirational’ marketing game is never going to be able to work because we will never get the cut-through. My plan to get round this is to create a change based on [a marketing truth] already inside the product because that will result in reappraisals sticking.

MW: How will you market Cuervo Tequila in the UK?

PG: The best analogy for what we are trying to do with tequila in the UK is Magners cider – it positioned cider as a refreshing drink to be drunk with ice. We are presenting Cuervo Tequila as an ice-cold shot. That is the way it tends to be drunk in the town of Tequila in Mexico, where it is made.

Another side of our product is that it’s all about bonding and release – people never drink tequila on their own. And that is at the heart of the brief we gave to our agency Albion – how do we recreate that ‘bonding release’ in a marketing experience? And that’s where we are now.

MW: What were the deciding factors in picking Brazil as the country to start the campaign with the US band OK Go? 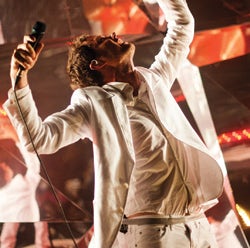 PG: Brazil is one of our biggest international markets – it is third outside Mexico and the US. There is a growing acceptance of us there and business momentum is important. The other key factor is the nature of Brazilians themselves, to just go with stuff and do it with a twist. We can’t answer all the questions now about whether this is a cool idea, but we will find out.

[In terms of regulation], we couldn’t go somewhere we’d have resistance or bureaucracy getting in the way, [especially] since this has ended up as an incredibly detailed project and it has been a big rush to get it all done. Also, the social platforms in Brazil are growing really fast.
I don’t know where the next place will be, how we’ll do it or what shape it’ll take. All the different markets are at various stages of development and we needed something that we could use and then take elsewhere – and digital provides us a platform to do that. So, the next stage of the campaign may still be very different.

MW: How do you balance the needs of the campaign with what the band OK Go want to do as performers?

PG: One of the challenges of trying a campaign like this is to maintain authenticity for the band versus getting results. I have been anxious about getting that right with this whole campaign.

I need to be making sure, in ‘old marketing’ speak, that Cuervo reaches its GRPs (gross rating points, used to measure the size of the audience reached by marketing) but respects the interests of the band OK Go. I have to ensure those two things are in balance.

Until I actually saw it play out at the first PR event in Sao Paulo I was worried about that, but since then I’ve stopped worrying. In a totally unscripted way – as I did not ask for there to be a ‘Cuervo moment’ – mid-gig, lead singer Damian started drinking Cuervo. He put his guitar down, got out his bottle of Cuervo and delivered product placement in a very funny, OK Go way.

MW: How are you measuring the success of the campaign?

PG: We’ve got a brand-tracking study in all markets, so we’ll be looking at all the traditional measures. Looking at shifts more immediately, we’ll be looking at advocacy, engagement and building conversations (see Cuervo Shotcast, above) and using that to see how responsive people would be to the next part of the activity.

If you believe in the advocacy model, then you don’t need to rely on mass adoption of anything, but you do need to generate that core of advocates. It is going to take us about a year to see how solid the ground we’ve built is.

We’ll be having to roll out the next stage of this before we are absolutely certain it is working, but at that stage we’ll be armed with insights gained from the first stage.

MW: How did you find the right agency to work with?

PG: Our campaign had to be digital in its nature. We also wanted an agency that would give us a lot of time as I wanted to be big and important to the agency I was going to be working with. This isn’t just a piece of marketing that will be done and then it’s a case of ‘see you next year’. It is a lot more than that.

MW: You recently spoke about the term ‘intrapreneur’ – someone who acts as an entrepreneur but within a large corporate. Can you tell us more about that?

PG: I naturally gravitate towards turnaround situations, not lost causes, but certainly real challenges. Even in my time at PepsiCo I went to parts of the business that were losing money and turned them around, one in Israel and one in Thailand.

I don’t see how large to medium-size businesses can run on the same linear lines. If you are not acting as an ‘intrapreneur’, your company’s days are numbered because the world is more complicated and more fragmented these days and consumers have got a lot more agile.

It is a difficult thing to do and particularly when you are at a company that has a proven model that is working to some degree. At Cuervo, we are successful and have a good trade level, but the success of old formulae prevents transformation from embedding.

If you cannot create this culture of risk and change, a solution is to buy it in – as Coca-Cola did with Innocent. It knew it couldn’t do it, so it bought in the people who could.

Jose Cuervo was first created by its founder of the same name, in 1795 and is still being made in the town of Tequila, Mexico by the Cuervo family. They are still very much involved with the brand, so much so that international managing director Peter Gutierrez is not allowed to change the packaging as part of his marketing activity.

It is now the seventh biggest spirits brand in the world, mainly due to the volume in its domestic market and the US. In both of those markets, tequila is very big in the spirits category – 40% in Mexico and 7% in the US – but not outside these territories, which is Gutierrez’s challenge as managing director.

He admits he will need to tackle how tequila is drunk – it tends to be regarded as an ‘end of a night out’ drink. The new tie-up with the US alternative rock band OK Go (see below) aims to promote it as a drink to be enjoyed ice-cold – as it is drunk in Cuervo’s home town.

Cuervo Tequila organised for the US band OK Go to play in unexpected places in Sau Paulo and Rio in Brazil, with the band arriving in a huge lorry, to launch Cuervo Cold. One of the final gigs was filmed and streamed live and as people watched online they could sign in via social media and be put into the video, with their profile picture appearing in it.

The campaign has been seen as a success and the UK is now being looked at as a new market for the marketing initiative.

Stats from the campaign launch in Brazil

390% increase in mentions of Cuervo Cold on social media. 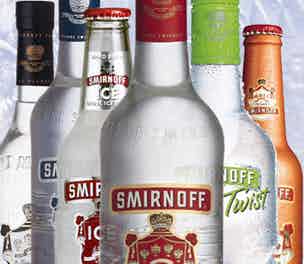 The UK marketing industry is viewed as one of the world’s “centres of excellence” for creating effective integrated communication campaigns by CMOs at the planet’s biggest brands.

The work being done by MySupermarket.co.uk to capture data from consumers at the time of their online purchase (www.mwlinks.co.uk/ShopperData) is a great example of how brands can derive insight and as such fills a real need in the grocery space. However, brands still struggle to derive similar behavioural data for in-store purchases because the majority […] 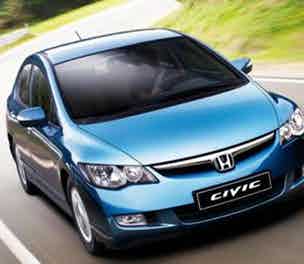 Honda Civic is the most talked about car, according to a new quarterly report that aims to help marketers better understand consumers’ relationships with car brands by analysing online conversations.