It’s fair to say Iceland’s Christmas campaigns have come a long way over the past decade. Back in 2008 the frozen food retailer ushered in the festive season with Jason Donovan, Coleen Nolan and Kerry Katona dancing around a table decked with jumbo king prawns and a platter of beef and pepperoni kebabs.

Everything changed in 2017 when the business made a decisive move away from celeb-heavy TV campaigns in a bid to establish itself as “retail’s best kept secret”. At the time marketing director Mel Matson told Marketing Week there would be “no return” to the heady days of reality TV star endorsements from the likes Peter Andre.

This year, the frozen food giant made an even bigger statement, striking a partnership with environmental organisation Greenpeace to run its 90-second animated film ‘Rang-tan’, as its Christmas 2018 advert.

The ad, which is narrated by actress and Greenpeace ambassador Emma Thompson and now has all Greenpeace branding removed, follows the story of an orangutan called Rang-tan who goes to live with a little girl after his forest home has been destroyed by the palm oil trade.

News broke on Friday (9 November) that Clearcast, the body which approves ads for broadcast on TV, would not sign off the ad as it breaches political advertising rules. The breach does not relate to the content, but to the fact the ad was originally created by Greenpeace, which as an organisation has been unable to prove it is not a “political advertiser”.

The response on social media to the campaign being banned has been nothing short of massive. The ad has gone viral, notching up more than 15 million views on Twitter after being shared by the likes of Stephen Fry, James Corden and comedian Bill Bailey.

Now a Change.org petition to get the ad released on TV has attracted more than 670,000 signatures.

READ MORE: Greenpeace takes ‘heart over head’ approach as it looks to widen appeal beyond activists

On Facebook Iceland thanked its followers for their overwhelming support of the #NoPalmOilChristmas campaign, linking to an offer to receive a free pack of palm oil-free luxury mince pies with a copy of The Sun. Shoppers can also add a free box of the mince pies to their online order.

To the cynics among us the furore over the banned ad opens Iceland up to accusations that the high profile fallout is all just part of the plan.

Iceland Foods Group managing director Richard Walker has insisted that this could not be further from the case, stressing that the company did not see anything “political” about the advert and was simply trying to raise awareness.

In an interview on BBC 5 Live on 9 November, Walker admitted that the company had always known it would be “a risk” to go out with a “hard-hitting message” rather than a traditional ad focused on price and product. However, the Iceland MD insisted that running with the Greenpeace ad was not a ploy and there was never a plan B.

“We went into this with a straight bat and I genuinely thought this [the advert] was going to get past,” said Walker, who confirmed that Iceland had booked £500,000 of media spend to run the advert across all the main TV channels.

While Walker claimed in his 5 Live interview the advert was not a deliberate attempt to win customers in the short term, the advert is clearly having a positive impact on customer opinion despite missing out on a primetime TV slot.

Over the past week, Iceland’s consideration among consumers in the supermarket sector has shot up 5.9 points to a score of 21.6, the highest increase of any retailer on YouGov BrandIndex. This puts Iceland just behind the Co-op and ahead of Waitrose in terms of consideration.

Looking at its Buzz score specifically (which asks consumers whether they’ve heard anything about a brand in the past two weeks) Iceland is now the second most talked about supermarket retailer after Aldi, up 7.9 points to a score of 15.5. Last week Iceland was seventh.

Iceland’s reputation as an employer is also improving, rising 6.8 points to a score of 2.6, while the retailer’s Impression score is up 5.9 points to 18.4, the most positive increase of any supermarket retailer over the past week. The frozen food retailer has risen 6.2 points on the overall YouGov index during the past week to a score of 14.4 and a ranking of 10th.

Turns out that even without a £500,000 TV media spend a lot can be achieved if a campaign gains traction and advocacy online.

Staying true to the message

Another criticism being levelled at Iceland’s door is that the frozen food retailer is just piggybacking on Greenpeace’s creativity by putting out a campaign that the environmental organisation first released back in August. From a creative standpoint the argument is that the story of the displaced orangutan is not festive in its tone or scope.

However, while Iceland did not create the campaign itself the supermarket chain’s interest in this issue is long established. The company has been talking about the plight of Indonesian orangutans since April, when it became the first UK supermarket to commit to remove palm oil as an ingredient in 100% of its own-label food by the end of 2018.

Seven months ago, Walker appeared in a series of videos released on Iceland’s YouTube channel showing footage of orangutans in the wild where their habitats are being destroyed by deforestation related to the palm oil trade.

Badged under the #PalmOilAlarmCall hashtag, the videos narrated by Walker explain how the palm oil industry is linked to deforestation, loss of habitats, climate change, animal cruelty and indigenous rights abuses.

The retailer also committed to donate £1 for every #PalmOilAlarmCall hashtag shared on social to International Animal Rescue to fund the rescue and care for orangutans left stranded by the destruction of their forest homes.

Prior to this commitment, palm oil was present in 130 of Iceland’s own brand lines, making up approximately 10% of the range. Cutting palm oil from the retailer’s own brand ranges is expected to reduce demand for the substance by more than 500 tonnes a year.

Despite Iceland estimating this initiative will cost the business £5m, the company has committed not to pass “a single penny” onto its customers.

The frozen food retailer has also led the fight against single-use plastics. In January it released its #TooCoolForPlastic campaign with the announcement that it would become the world’s first mainstream retailer to fully eliminate plastic packaging from its own-label ranges – spanning more than 1,000 product lines – by 2023.

Claims Iceland is jumping on the bandwagon over environmental issues therefore do not stand up to scrutiny.

Neither does the argument that while it’s all very well getting James Corden to fight your corner on Twitter, but if Iceland’s core shoppers fail to see the advert on TV it could cost the business sales.

Walker has been keen to point out that Iceland’s commitment to cutting out palm oil and single-use plastic is a long-term ambition. The business is betting on building a new cohort of customers who join Iceland because of its beliefs about the environment and is therefore hoping this campaign will resonate with them going forward.

Committed Iceland shoppers will continue to shop at the frozen food giant this Christmas regardless of any TV ad, but changing perceptions among potential new customers will be what gives the chain real longevity.

Whether it was a deliberate ploy for publicity or an innocent attempt to raise awareness, Iceland has proved itself to be a retailer with genuine ethical credentials prepared to put its money where its mouth is. And long term that is way more powerful than Jason Donovan devouring a prawn ring. 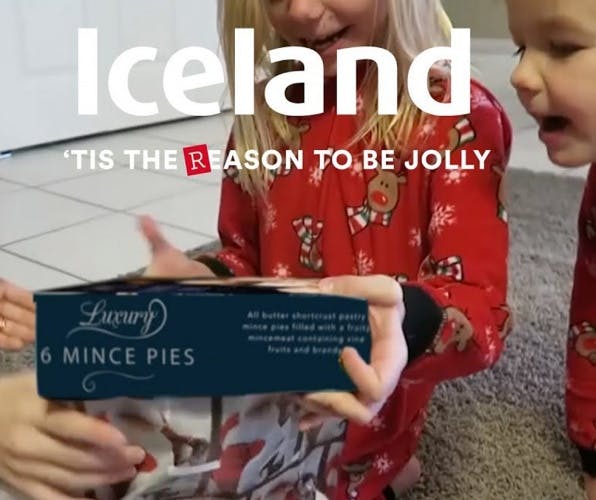 Iceland’s new marketing boss says the frozen foods retailer wants to “lead a revolution” in how it advertises food. 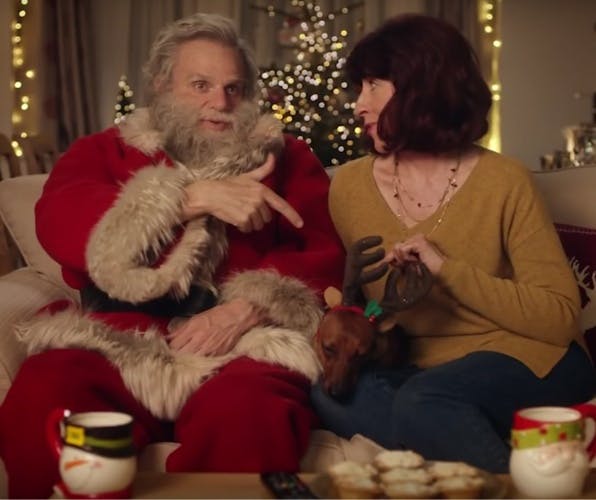 The frozen foods discounter says it made a conscious decision to delay its Christmas ad after customers said the festivities were starting too early. 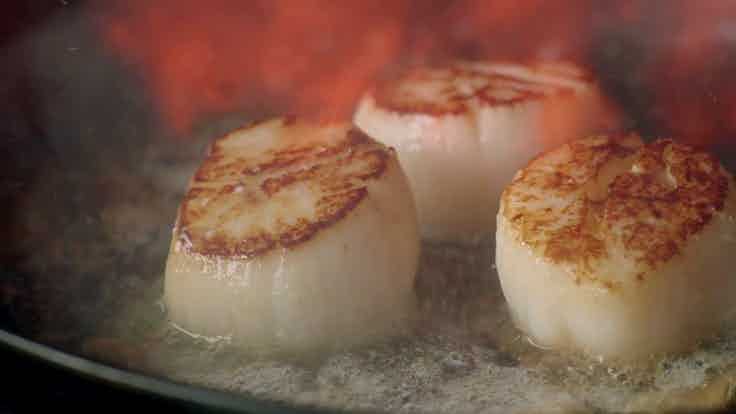 Iceland’s joint managing director Nick Canning says the latest Peter Andre TV campaign is aiming for a ‘broad appeal’ by appealing to both traditional and middle class customers as the frozen foods retailer aims to fight back against the discounters Aldi and Lidl.