There was an interesting interview with Bacardi’s CMO Dmitry Ivanov in the Australian marketing magazine Mumbrella last week. He was quick to acknowledge that he “sits in the camp” of those who believe that TV is a medium in decline. Asked whether he believed TV had become less relevant for a company like Bacardi, his answer was unequivocal. “I would agree with that,” Ivanov told the magazine, “and it is proven by… how much time the younger generation spend watching any TV programme.”

Obviously, as the CMO of a giant company like Bacardi, Ivanov has access to swathes of complex and expensive data that your humble columnist isn’t party to. Far be it for me to suggest that he should take another long hard look at actual audience data to check his facts and the gloomy prediction of TV’s imminent downfall. But that wasn’t what caught my eye from his interview. It’s what he said next.

Ivanov announced that Bacardi would soon make its first steps into the world of programmatic through a partnership with global media agency OMD Worldwide. “It makes logical sense for some of the people we are trying to track and to be more relevant in their lives,” he explained. “People are talking about programmatic and we want to head down a more digital path.”

Programmatic is a new concept for most and, even by the lightening-fast adoption standards of our industry, it has entered the marketing lexicon quickly. Nonetheless, Ivanov’s comments are puzzling. Surely the big data, artificial intelligence, Age of Ultron promise of the programmatic era dispels the need for these bold medium-specific pronouncements. Isn’t the whole ethos of programmatic driven by the belief in a data-driven model of real-time media neutrality?

If that’s the case, it’s also an oxymoron for Bacardi to justify its move to programmatic because it wants to “head down a more digital path”. The era of deciding which path you want to head down as a CMO is over. Bacardi’s post-programmatic direction is a veritable street atlas of ever unfolding and expanding streets travelled at lightening speeds and navigated by a system free from human interference or bias.

Again, far be it for me to correct an experienced CMO, but Bacardi is missing the ultimate value of programmatic. Yes, it maximises a brand’s ability to impact its chosen target segments – especially the younger ones who, for generations, have mystified the middle-aged managers charged with targeting them. And yes, it helps to navigate the increasingly complex diaspora of digital options. It might even get better bang for a brand’s buck too. But just focusing on these immediate tactical advantages misses the biggest strategic benefit.

If programmatic is truly data driven and it can eventually connect the worlds of social, digital and traditional media, then we have a potential solution for what ails marketers worldwide. As Ivanov so notably illustrates, most marketers talk digital and promote social at the expense of less trendy “traditional” tools. If this was the noughties, that would lead to a self-fulfilling prophecy in which media budgets would swing heavily away from less sexy (but often more effective) tools such as radio and TV in favour of trendy social fare with cool street-cred and crappy impact.

But programmatic has come along at just the right time. If it really does what it says on the tin – and we have to wait a few more years to discover what the bullshit quotient is – programmatic solves the increasingly tricky challenge of marketers going gaga over hot, new but ineffective tools and ignoring less sexy and more effective ones. In a post-programmatic age, CMOs are fundamentally not driving the bus anymore. The bus is driving the bus. And the bus has a sophisticated satnav that ignores the horseshit being spouted by its geriatric owner and is merrily calculating the best route to market on a second by second basis as it makes an efficient and effective journey at top speed across the globe.

Every great villain needs a nemesis. Batman arrived just in time to foil the Joker. Churchill sorted out Hitler. And now programmatic arrives just in time to take care of the sloppy, socially infected world of marketing. 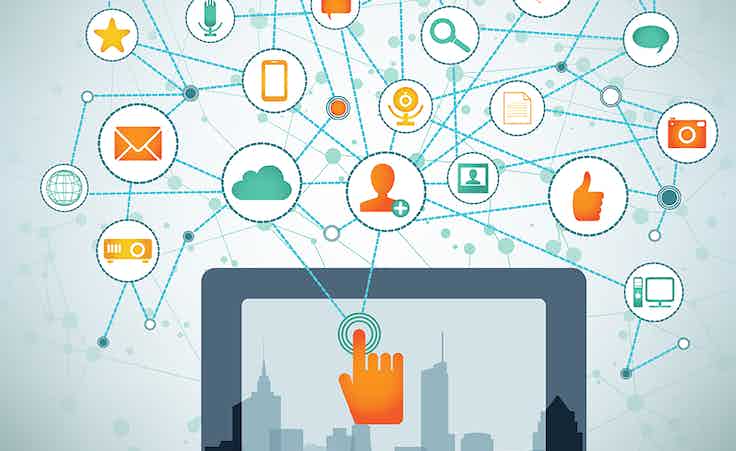