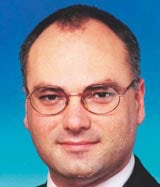 The promotion of products through association with celebrities is commonplace, but the law governing the exploitation of a celebrity’s image is rapidly changing and people in the industry need to be aware of and take account of these changes.

This warning is prompted by a recent Court of Appeal decision – racing driver Eddie Irvine successfully complained when TalkSport used a digitally altered photograph of him without his permission.

The decision came despite the fact that TalkSport clearly believed its below-the-line campaign, targeting a limited number of potential customers, was tongue in cheek and that none of the recipients of the marketing pack in question would have believed that Irvine had actually signed an endorsement deal with the radio station.

What is interesting about this case is that previous cases about the misuse of celebrity images have generally been unsuccessful. Typically, the image in question has been applied to products (mugs and t-shirts, for instance) and the courts were inclined to believe that purchasers bought the product for the picture itself, not because they thought it had any connection with the celebrity. It was thought that purchasers were indifferent as to whether the use of the image somehow demonstrated endorsement or approval. The courts appeared reluctant to recognise the idea that celebrities make commercial use of their image.

The Irvine case demonstrates an apparent shift towards an acknowledgement of the commercial reality. The importance of endorsement income to celebrities is expressly recognised for the first time. Just how much things appear to have changed is reflected in the damages awarded to Irvine. Rather than making TalkSport pay him &£2,000 (the amount it was thought TalkSport would have paid had it actually done a deal with Irvine), the court decided it should pay more than ten times that figure – &£25,000. The evidence showed that Irvine would not have “got out of bed” for anything less than this higher amount.

This has to be the right approach for the courts to take. Otherwise, there would be tacit encouragement for companies to use images without obtaining permission – this way, they could achieve a better deal than by negotiating large endorsement fees. As a result, marketing professionals who wish to use a celebrity’s image must ask themselves the question: are they using the image in such a way as to suggest that the celebrity is associated with or endorses their product? If the answer is “yes”, they will need to do a deal with the celebrity. If they don’t, they are likely to find that the celebrity will leave the confines of their bed to take a trip to the High Court.