The Birds Eye marketing staple has been reimagined as the “Green Captain” on packs as the logo for the company’s sustainability campaign. It will feature on all Birds Eye brands in the UK, Findus in Italy and Iglo elsewhere in Europe.

Iglo says the use of the character aims to draw shoppers’ attention to the “virtues of freezing and frozen food” in curbing food waste. It is hoped the logo comes to represent a series of commitments the business has made to tackling food waste, including promoting how sustainability can save cash

The business is to use the findings from pan-European research to inform how it markets its sustainability efforts. Future activity includes encouraging people to “Buy one, freeze one” and make frozen fruit and vegetable one of their five-a-day frozen as well as a possible “coalition” of manufacturers to rally behind the message.

The activity will run under the “Forever Food Together” banner, the new consumer-facing identity of Iglo’s “Forever Food” sustainability programme.

Elio Leoni Sceti, chief executive of Iglo Group, said: “Currently one third of all food produced globally is lost or wasted. Food waste has become more than just a practical consideration in terms of feeding a growing population. It has become a moral one.

“Freezing food, as a means of preservation, has the potential to play a key role in the fight against food waste. As the leaders in frozen food across Europe, we have relationships all the way up the supply chain and the consumer trust and loyalty that allows us to take a leadership role and encourage people to use freezing and their freezers to waste less food.“

The initiative builds on Iglo’s previous work with members of the Food and Drink Federation’s Frozen Food Group in the UK. It is understood that work on a cross-industry sustainability effort had begun as early as 2012, which would have also attempted to improve perceptions of the sector.

The frozen food maker is pursuing an aggressive plan to double sales by 2020 to €3.2bn. Marketing is already supporting the move by positioning its Iglo’s brands as more sophisticated, premium alternatives to rivals.

The company claims it has 30 per cent of the frozen market, but just 1.7% of all food. Taking a wider slice of the market from chilled could represent an additional 10% uplift in sales each year, the business has said. 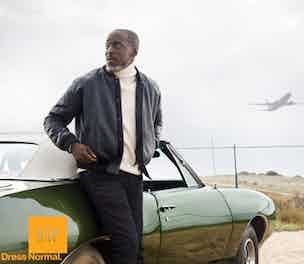