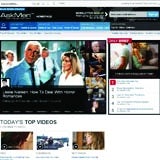 Previously some of the sales and commercial resources were shared with MySpace, which also shares offices with IGN Entertainment UK.

The move indicates that MySpace’s commercial and sales staff may be the first to go when the redundancies take effect.

He adds: “The important message is that it is business as usual but we are now taking those functions [sales and commercial] fully under control in order to grow our business.”

IGN is the market-leader in entertainment and men’s lifestyle media online, reaching 3.8 million readers a month across the UK, according to ComScore.

Earlier this week, IGN Entertainment announced a year-long online promotional partnership with the British Academy of Film and Television Arts (BAFTA) to support its events internationally.

Other recent commercial deals include campaigns for Apple, Energizer and Paco Rabanne.