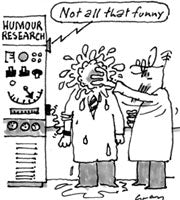 It was England’s failure to qualify for the European Championship that made me wonder, once I had regained my composure, whether Igor Suslov had developed his theory as fully as he might.

The news that Croatia had beaten our overpaid misfits was a cause of mild happiness rather than elation. What tipped it into near hysteria was the reaction of the media. “England reels from the shock”, “This was our darkest hour”, “Heartbroken fans betrayed again”. My sides ached, tears ran down my cheeks, I rolled on the carpet, I kicked my legs in the air, I pleaded with them to stop.

But it was no good. The hilarity would not abate. Steve McLaren, the latest in a line of hapless millionaires to coach our donkeys, was summarily fired by an assembly of suited gents who, judged purely on appearance, were so obviously weak in the head as to constitute a public danger if let out unsupervised. It was now beyond a joke, the mirth was painful, the comedy too rich to take.

Then I realised it was seriously good. England were out of Euro 2008. So, no crowded pubs, no sick-making tabloid jingoism, no St George flags flying from white vans, no bald tattooed women and their ear-ringed menfolk wearing Ingerland replica shirts, no tacky merchandise, no politicians dragging their backsides onto the bandwagon, no weeping and wailing, no cries of betrayal and gnashing of teeth when, inevitably, the donkeys were duly knackered.

It was this happy prospect that made me think old Igor hadn’t gone far enough. He is a physicist at the Kapitza Institute for Physical Problems in Moscow, which sounds like a pretty soulful job and might account for his turning his thoughts to humour. Having studied the subject, probably bringing to it all the carefree mirth of a Russian novel – the kind in which the hero, a peasant, kills his wife with an axe and drinks himself to death – he came up with a theory. Humour, he declared, is the brain’s way of dealing with error. A rapid emotional response such as a belly laugh makes us aware of a mistake and brings new information into consciousness especially swiftly.

An example of the theory in reverse occurred regularly in revolutionary Russia. When Stalin stood up in the Politburo and made one of his jokes, especially the one about the grain harvest, the assembled delegates – everyone looking as though he had been embalmed and stuffed for the occasion – would watch anxiously for the signal that the punchline had been delivered, the tell-tale flicker at the corner of the great dictator’s mouth just before his eyes narrowed. Failure to guffaw loudly at this point was the sort of mistake that Igor has in mind, since it could lead to a lengthy spell hewing salt in a Siberian wasteland.

History records that when Albert Einstein’s wife Mileva heard intemperate chuckling seeping out from beneath the great man’s study door, she cautiously opened it and saw the tousle-haired genius rocking about with hilarity, clutching his sides and looking fit to bust. “What is it, Albert?” she cried. Fighting to regain speech, he at length composed himself and between gasps of breath, uttered: “E equals mc cubed” before once again dissolving into giggles.

If Igor is right, we should also be able to learn and to profit from laughing at other people’s mistakes. In which case we in Britain must consider ourselves especially fortunate to be living at this hour. Northern Rock, for instance, had us all rolling in the aisles. A bank borrows short and lends long, defying the most basic principles of its trade, it comes horribly unstuck, panic ensues, queues form around the block, the Chancellor comes to the rescue, taxpayers’ money is shovelled in by the lorryload, Sir Richard Branson, all teeth and smiles, rides to the rescue and the Chancellor looks more and more like Stan Laurel. You have to laugh.

Calm had just about been restored when the curtain went up again revealing those sons of fun, Her Majesty’s Revenue and Customs. Personal details of half the population had been tossed in an out-tray and gone missing, and, in a scene straight from a French farce, doors flew open and shut, frantic figures ran across the stage holding onto their hats, others dropped their trousers, everyone screamed, the Chancellor tugged his hair and blinked vacantly. The Prime Minister looked more po-faced and Scottish than previously thought possible. It brought the house down.

At this rate, the Igor principle should ensure that we become a nation rich both in laughter and wisdom, and what could be better than that?