IHG Hotels & Resorts is bringing the masterbrand to the “forefront” with its biggest campaign investment in 10 years, as the company behind Holiday Inn Express and Crowne Plaza Hotels introduces its new loyalty scheme.

According to vice-president of masterbrand strategy and awareness Connor Smith, the IHG business has been on a “journey” over the last two years, starting with a rebrand from InterContinental Hotels Group in February 2021.

“It wasn’t really a brand that consumers could understand. InterContinental Hotels Group didn’t have that ring to it,” he tells Marketing Week.

“So the past couple of years we’ve really gone internal and have been getting ourselves ready to make our big debut and step into the limelight.”

That journey has also included the relaunch of its loyalty programme, now called IHG One Rewards. The “revamped” scheme was launched in April this year, alongside an upgraded mobile app.

With everything “finally in place”, now felt like the “perfect time” to come to market with a multi-million dollar global marketing campaign, Smith says.

Launching in the UK and US today (3 August), ‘Guest How You Guest’ aims to amplify “true-to-life” travel moments and showcase the freedom guests have to build their own experience at IHG hotels, particularly through its new loyalty scheme.

Created by ad agency Grey New York, the campaign shows sports fans staying at the Holiday Inn Express to support their team on the road, Kimpton Hotels & Restaurants guests taking work calls poolside and a couple celebrating by ordering all the room service at an InterContinental hotel.

The campaign is backed by the “most extensive” media campaign investment IHG has ever made for loyalty, with 1,500 different assets to run across TV, magazines, out-of-home, online and on social.

While the goal isn’t for the IHG masterbrand to overshadow each individual hotel, Smith says it has its own story to tell. In fact, the breadth of IHG’s portfolio is one of the “biggest hurdles” the company has, as customers often don’t realise the 17 brands are connected.

“The way I think about this is we want to introduce IHG as a family. So in my mind, IHG is the last name and each one of brands is a different family member. Every family member is unique and individual, but they’re all connected by some common values. That’s what IHG is,” Smith explains.

Part of this is about letting customers know IHG’s “heartfelt care” – promised as part of its purpose pledge to ‘create great hotels guests love by providing true hospitality for everyone’ – is available across all its brands. Moving forward, campaigns for individual brands will “always” connect back to IHG, Smith says.

“Certainly what you’ll see and what you see in this campaign is really bringing IHG to the forefront…It is a strong brand and it will become a stronger brand,” he adds.

While IHG already had a sizeable loyalty programme prior to the launch of IHG One Rewards, Smith says it “wasn’t working hard enough” and wasn’t acting effectively as the “thread” that ties the company’s properties together.

The new scheme offers a redesigned tiers and points earning structure, with five tiers moving through club, silver, gold, platinum and diamond. Customers reach new tiers by earning points or amassing a certain number of days stayed in an IHG hotel, with the top diamond tier requiring 70 days stayed or 120,000 points. Perks for platinum and elite members include free breakfasts and complimentary upgrades.

All guests get to choose a ‘milestone reward’ after 10 nights stayed across IHG hotels, starting at 20 nights. Those rewards can include food and beverage rewards, a free night’s stay or annual lounge membership.

We really wanted a creative platform that captured our belief and approach that we’re real humans taking care of real humans.

According to Smith, consumer research conducted by IHG showed people no longer want to to be forced to jump through “arbitrary hurdles” in order to earn rewards.

“What I’m really proud of in our loyalty programme is there’s an element of choice that allows guests to craft their own rewards and choose how they want to be rewarded,” Smith says.

A “big priority” for the new campaign is to appeal to the “next generation traveller” and introduce IHG as a “fabulous company that has strong values and amazing hotels”, he adds.

But there was also a “real challenge” in ensuring the campaign didn’t alienate the large pool of existing guests the company already had in its system.

Ultimately, Smith feels the brand has achieved this by developing such a “giant” campaign world of 1,500 assets, which allows it to use its data-driven media strategy to put the right creative in front of the right audience at the right time.

“It allows us to push the creative and get a little edgier when talking to the next gen, but also to showcase the more comfortable and familiar side of our brand and company that existing guests already know and love about us,” he explains.

The creative idea for the campaign was sparked by what Smith calls a “perfect moment” of crossover between the company’s values and post-pandemic “DIY fatigue” among consumers.

“There’s this message in media and social that if you just work hard enough, you can achieve perfection. Whether it’s learning to sing like Mariah Carey or baking the perfect bread,” he explains.

“On top of that, over the past three years we’ve been taking care of each other a lot. People are tired.”

IHG therefore saw an opportunity to remind people what it feels like to be taken care of as a hotel guest, while also making clear that guests can be their “true self” at an IHG property, which again plays into the flexibility offered by the loyalty scheme.

“We really wanted a creative platform and look that captured our belief and approach that we’re real humans taking care of real humans,” Smith says.

“We have this really strong story to back that up. I always roll my eyes when a brand goes out and tries to say something they believe in but then can’t put their money where their mouth is, and I feel really strongly that we can.”

The brand partnered with New York videographer and photographer Meredith Jenks, who had never shot hospitality and is best known for her photography in the fashion and editorial world, to give the creative a “human fingerprint”.

“Things aren’t perfect, they don’t have a high gloss. There’s this intentional ‘caught in the moment’ feel that we really wanted to bring across, because we wanted it to showcase the energy guests have in our hotels. We wanted to showcase that we’re all real people having real moments and we wanted it to feel as rich and vibrant and colourful as our hotel experiences are,” Smith says.

“While we were trying to dream up the most wild and fabulous ways guests can guest in our hotels, all we had to do was take a moment and think about what we observe when we’re there. We do observe the triplets going wild on their French fries at the Holiday Inn pool. We do observe the couple ordering every single piece of room service at InterContinental. We do see the women celebrating a birthday dressed to the nines and going wild.”

Smith hopes this story has been brought to life through the creative IHG has landed on. Moving forward, the plan is to build on the momentum he expects this campaign to deliver, continuing to connect with the next generation of travellers and “reinvigorate” existing guests, while educating people on the tangible benefits of the loyalty programme.

“We’re going to probably start leaning into more loyalty and more hotel specific stories, with that foundation of our masterbrand,” he concludes. 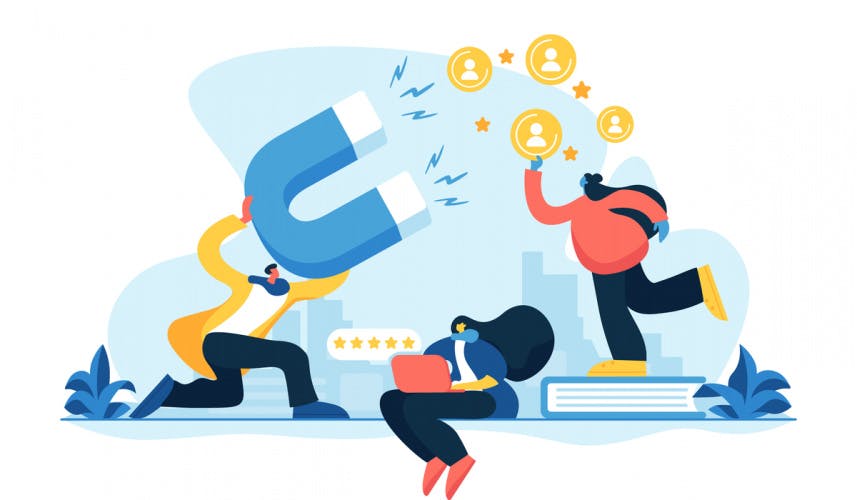 With new research revealing a 7% drop in consumer participation in loyalty schemes, brands from Boots to BMW are innovating their propositions to keep consumers engaged.