The brand’s advertising has always taken a bold, and often controversial approach to carve Ikea’s sizeable niche in the UK. We take a look at some of the Swedish retailer’s ads over the decades.

Chuck Out your Chintz

In 1996 Ikea invited housewives in the UK to rid their British homes of chintzy clutter and replace it with Ikea’s Scandinavian inspired designs, with the aid of an Ikea branded skip.

Stop Being So English

In 2000 Ikea urged us Brits to “Stop being so English” and embrace its Scandinavian approach to design. The ad lampoons “snooty” middle Britain with a couple claiming they “are much happier now” that they’ve become Ikea people and “not so stiff”.

In 2002, Ikea took a similar approach with a campaign playfully poking fun at our American cousins. The US “Unboring” campaign saw Ikea launch the Unboring Manifesto urging Americans to ditch their outdated furniture in favour of Ikea ranges designed to fit their style and personality.

At the centre of the campaign was ‘lamp’, a TV ad produced by film director Spike Jonze that told US audiences they were crazy for feeling bad for old discarded furniture.

Ikea’s Cats ad from 2010 saw Ikea release 100 cats into its Wembley store and film what they got up to as they explored the store and made themselves at home amongst the kitchens and bedrooms.

More recently Ikea has aligned itself with music and its 2010 Kitchens ad featured Man Like Me covering Jona Lewie’s ‘You will always find me in the kitchen at parties”. Set in a house made up of Ikea’s kitchens, the ad was also released as the band’s official music video for the track.

To this year, and a spot that is a panoply of 80s references. A frankly bonkers ad that sees a woman sartorially influenced by keep fit queen The Green Goddess dance her way through, in Flashdance style, a part house, part fantasy world (including a nod to a children’s TV staple, Jamie and the Magic Torch). All to the tune of a high energy ditty entitled “Bright Shiny Colours” to, err, illustrate the bright shiny things you can buy at Ikea. 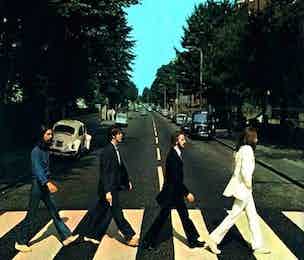