Ikea has launched a television advertising campaign to promote its kitchen ranges as the hub of any party.

The ad aims to position Ikea’s kitchens as a social place to be and uses a cover of Jona Lewie’s 1980 hit “You’ll Always Find Me In The Kitchen At Parties” recorded by UK group Man Like Me and remixed by producer Arthur Baker as the soundtrack.

The three-minute music video can be viewed on YouTube where viewers will be able to purchase featured items directly from the Ikea site by clicking into the video.

A 60-second execution will break during The X Factor on Saturday (9 October).

The music video and song track will be released by record label Southern Fried later this week.

The ad, created by Mother, is the second TV campaign Ikea has launched this month. The kitchen ad follows the Ikea cats ad that aired earlier this month to mark the Swedish retailer’s ‘Happy Inside’ brand positioning and launch the 2011 catalogue. 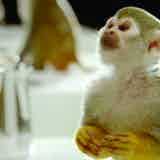 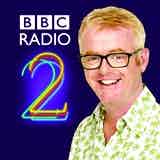