Ikea has been running its ‘The Wonderful Everyday’ campaign for the past four years and credits it with bringing more personality and understanding of what the brand stands for to the UK market. And it says a big reason it has been successful is its focus on diversity.

The company’s most recent TV spot, ‘Hooray! To the Wonderful Everyday’ features a family celebrating life’s small victories and simple pleasures. Created by agency Mother, it has been widely praised for featuring a black family and for making a positive contribution to the discourse on race. But not everybody was happy about the ad. Some have called it racist for not featuring any white people (and that’s just the criticism that we’re able to publish).

Ikea is not the only brand to make a clear decision to be more diverse and inclusive in its advertising. Both the John Lewis and Marks & Spencer’s Christmas ads feature mixed race parents, while Tesco’s shows a Muslim family celebrating Christmas.

Yet while reaction has been mostly positive, there has been criticism for all these campaigns. Some have even called for a boycott of Tesco, although the supermarket giant is ignoring such criticism, saying: “Everyone is welcome at Tesco this Christmas and we’re proud to celebrate the many ways our customers come together over the festive season.”

John Lewis, Marks & Spencer, Tesco have all made the decision to create a real, lovely, diverse wave of communication that has also received criticism. But all that should do is drive us forward more and more.

For Ikea’s Kemi Anthony, the criticism was expected but she says it just motivates the brand to do even more diverse campaigns.

“The Wonderful Everyday was never just an endline and [it is] important that The Wonderful Everyday really speaks to who we are as a brand and that includes how we treat people and how we celebrate and want to include everyone,” she said, speaking today (14 November) at Creativebrief’s Bite Live event in London. “With the launch of our most recent campaign we’ve had lots and lots of lovely commentary but we’ve also had a few not so nice comments.

“John Lewis, Marks & Spencer, Tesco have all made the decision to create a real, lovely, diverse wave of communication that has also received criticism. But all that should do is drive us forward more and more.

She added: “We all have a big responsibility and we need to work harder to make sure we are representing the people who live in the world around us. If we are not working hard enough hopefully you’ll go away thinking you can try harder with what we’re doing and how we’re representing different groups in society.”

READ MORE: Ikea – We work as closely with our agencies as we do our furniture designers

Maltesers is another example of a brand at the vanguard of creating a more diverse advertising landscape. Having won Channel 4’s first Diversity in Advertising award, the retailer, along with its agency AMV BBDO, created a series of ads featuring disabled people.

Reaction was mostly positive, from consumers, the business and even the government. Maltesers was hoping sales would rise 4% due to the campaign, but they were up an even higher 8% while brand affinity measures also increased and the company was invited to talk to parliament about the positive role diverse advertising can play in societal change.

However, Mars’ marketing VP Michele Oliver admitted the brand did get a “load of shit from a vocal minority”. In fact, the ad was also one of the most complained about last year, according to the Advertising Standards Authority.

I hope [diversity] becomes a commodity. At this point [it’s] great that maybe there is brand advantage. But I hope being first means there is a second, third, fourth, fifth and it just becomes stories of people.

Oliver hopes this doesn’t put other brands off improving diversity and inclusion and said the aim should be for one day diversity to be a commodity, not a brand advantage.

“To make the Maltesers ads we had to go to a specialist casting agency to recruit disabled women. Therefore, by definition, any ad that we make if you don’t explicitly say ‘we would consider having a disabled person’ you will never get a disabled person in your ad,” she added. “You should have a casting agency and a character and the list of people you look at has the most appropriate and therefore the most diverse representation of society.”

“I hope [diversity] becomes a commodity. At this point [it’s] great that maybe there is brand advantage because we’re able to tell some stories that haven’t been told because unfortunately the stories of people with disabilities, or older women or women of colour or lesbian women or single mothers haven’t been told and maybe we can be the first to tell them. But I hope being first means there is a second, third, fourth, fifth and it just becomes stories of people.” 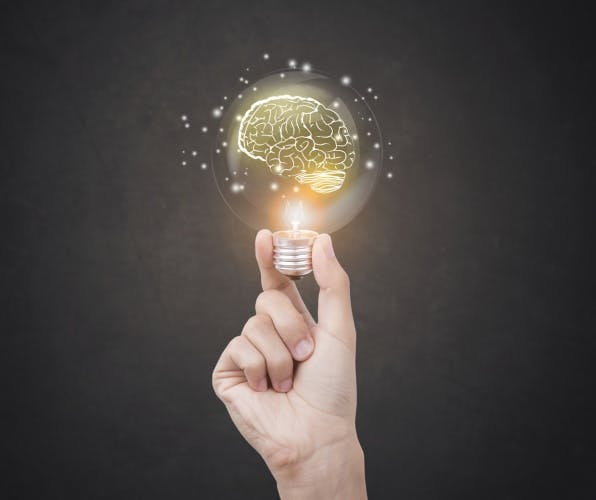 The brand with the best “culturally relevant” campaign will win £50,000 of airtime on Sky Media’s AdSmart platform.