The company says the annual duty-paid cigarette market in the UK increased by 1% to 45.5 billion cigarettes in 2009.

The tobacco company benefited from an increase in prices in September 2009 and customers trading down to cheaper brands such as Mayfair in the recession.

The news comes days after the Government floated plans to ban logos, colours and graphics from cigarette packets as part of set of measures aimed at reducing their cutting the number of UK smokers by half over the next ten years.

Gareth Davis, chief executive of Imperial, says it is “strongly opposed” to the plain packaging of tobacco products.

“There is no credible evidence that young people start smoking or adult smokers continue to smoke because of tobacco packaging.

“Making all tobacco products available in the same generic plain packaging will further fuel the growth in illicit trade and undermine the government’s plans to increase investment in tackling smuggling and counterfeiting”, he says. 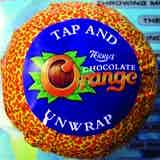 Kia Motors UK, an official sponsor of the 2010 World Cup, is teaming up with News Corp media brands to create a joint platform for fans to engage with the tournament. The £1.5m deal marks the first time News Corporation operations have worked together to deliver a fully integrated sporting campaign for a commercial partner.