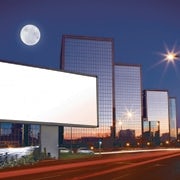 It is often assumed that consumers view marketing messages with a healthy dose of scepticism, but new research seen by Marketing Week appears to show that they have a surprisingly open-minded attitude to advertising. Two-thirds of UK adults trust advertising to some extent, according to the study, which was commissioned by the Advertising Association’s independent think-tank Credos and conducted by ComRes.

Furthermore, 88% of the 2,000 consumers interviewed agree that advertising helps to boost retail sales in the UK.

The results should provide an injection of encouragement for marketers, although those consumers who hold strong opinions on advertising are more likely to view it negatively. While only 3% trust ads to a great extent, 22% do not trust them at all.

People also have less favourable views of the advertising industry than of the work it produces. Only 53% trust the industry to some extent. Again, among those with the strongest views, more consumers have no trust at all in it (38%) than trust it to a great extent (3%).

The ad industry ranks higher than the media, energy and banking sectors on a measure of favourability, but only banking fares worse on trust. Credos director Karen Fraser comments: “People are now more part of a conversation between brands and consumers, and that brings greater transparency. People have certainly told us in this research that they consider themselves better informed.”

The pattern of how much people trust ads is carried across to the breakdown of individual media, with most types of media trusted to some extent. Direct mail is the only marketing technique that does not follow the pattern, with 50% having no trust in this channel. Television and print media enjoy the greatest levels of trust.

Online media fares comparatively poorly on trust, even though websites have surpassed newspapers in terms of the regularity with which people consume different media. Online channels are trusted to some extent by just over half of the respondents, but 34% do not trust them at all. Newspaper and magazine advertising fares much better, with 69% saying they trust the ads to some extent and 20% claiming they do not trust them at all. This is despite the fact that 43% of consumers read news websites daily and 41% read newspapers as often.

However, Moneysupermarket.com director of consumer marketing Paul Troy says there is likely to be a gap between what people say they believe and their actual behaviour. He thinks that online sources are more trusted than the survey would suggest and says: “When people are making bigger decisions, recommendation becomes more important and they go to a trusted source of information. Trust in online would go up hugely in that situation.”

In terms of media consumption, the study provides a warning to marketers who hang their strategy solely on social media. While 36% of people use Facebook daily, 31% never use it and 71% never use Twitter. This should prompt marketers to think carefully about their objectives for social media, according to Eurostar marketing director Emma Harris.

“Marketers are aware that Facebook communication is to a specific demographic. Any marketer will understand that you have to use a combination of different media. You use outdoor, radio, press and TV for your big communication message and then you go targeted through social media with your direct response and pay-per-click activity creating a net underneath,” she adds.

Commercial relationships between the advertising and media industries appear to be well entrenched in consumers’ minds, according to the report. Consumers are more likely to prefer that websites, radio and TV be fully funded by advertising. But the trend is reversed for cinema, newspapers and magazines, where consumers generally pay for individual purchases. Overall, however, people show greater appetite for higher levels of ad funding and lower consumer cost than they did in 2009. Less affluent consumers are also less willing to pay.

Fraser at Credos comments: “Not many people thought that consumers should bear the full cost of any form of media without any advertising. I have been surprised by the level of understanding people have about how advertising funds events, programmes and sports. There is certainly a resistance to paying any more for the things that they currently enjoy. I would say that probably influences their views more than anything else.”

Consumers also appear content with the status quo where regulation is concerned. Overall, they are more likely to say the level of ad regulation is about right but attitudes vary across business sectors.

The sectors where consumers are most likely to want more restrictions are financial services and ads aimed at children, where 33% and 32% respectively say there is too little regulation. However, 36% think there is too much regulation of ads targeted at youngsters.

The results indicate, therefore, that while there is debate about the appropriateness of advertising in these areas, there is not an overwhelming demand for greater protection of these consumers. More consumers overall say there is too little regulation than they did in 2009, however.

Aviva head of brand Sue Helmont says: “Consumers are generally very well informed about regulation, whether it be in advertising generally or financial services specifically. As a consumer myself, regulation is not at the forefront of my mind when I look at an ad.”

Fraser at Credos adds that while advertisers should continue to focus primarily on ensuring that people find ads entertaining and relevant, greater awareness of regulations can only benefit the industry.

“Once people understand more about the way advertising is regulated, they become more favourable and trusting towards it,” he says. “Most people are not very familiar with advertising regulations, but once you tell them what the rules are, they are reassured and their appetite for more regulation subsides.”

On this measure, as with most of those in the report, clear trends in consumer attitudes are apparent. While people are broadly accepting of the ad industry, marketers must avoid complacency and continue to address consumer concerns to maintain the level of trust. 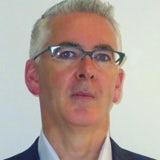 What I found really encouraging in these figures – and what I will be saying to chief executives when arguing for ad spend – is that consumers are saying they believe advertising is effective, therefore they believe they are influenced by it. If you ran a focus group, you would always get people denying that.

Whether companies like it or not, transparency and openness is going to come more to the fore. Companies embarrassed in the press recently have been doing things that have not been on the consumer agenda and it comes back to bite them. Then they wonder why trust in them has been eroded.

The dynamic duo in terms of our ad spend are TV and online. TV still has the biggest audience, but online is growing. The two things that drive our business are TV and search. If we were having a discussion in three years’ time, it would be online and TV in that order. Search and social media combined are already starting to creep up on TV as the dominant media. 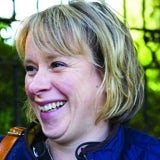 There are no great surprises here. The research underpins the role and importance of a brand. As humans, we naturally want a deeper relationship beyond the transactional. We are naturally distrusting of the new, and of being pushed into things.

It does not surprise me that people trust newspaper advertising, in part because they buy the brand of newspaper itself. You get a natural halo over the advertisers because the paper acts as an endorser of sorts.

Each brand will decide, based on the objectives they want to achieve, what the best media mix is. As a new brand in the market [Norwich Union rebranded as Aviva in 2009], TV certainly gives us the reach, and Aviva is continuing to invest in that particular medium, but we release multimedia campaigns on a regular basis. From a financial services perspective, I do not think anybody has really cracked social media as a way to engage with consumers. 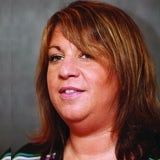 I think there is a latent distrust of the advertising industry. People in advertising are occasionally put in the same category as estate agents. Marketers are often thought of as the epitome of the capitalist culture and programmes like Mad Men tend to reinforce that stereotype.

The fact that 66% trust advertising to some extent is quite encouraging. The 27% saying “not at all” is a bit large, but people have their own interpretation of the word ’trust’. If some of our communication is about raising awareness and we have managed to hit those 27% in terms of that aim, then it is up to the individual to look into it and find out what trust means.

There is a question of using a tone of voice that creates trust. When we are producing communications about our fares, we use online advertising to show where they can find those fares. Whereas in print we might do something that is a very basic destination- and price-led call to action, online we use things like promotional calendars to say when those fares are available and how many seats are still left at that price. 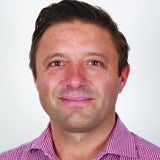 My background is in advertising and the shift that I am seeing is that reach is dead. The problem for the traditional advertising sector as we know it is that there are new solutions coming in that are data-driven. It is not about performance. It is about the fact that you can start to gauge things like relevance and true targeting. It is bringing into question the traditional models.

I do not think people expect media to be ad funded, but they expect that to be figured out for them. They want you to put things in front of them that are relevant to them, that mean something and that are useful.

In my experience they do not mind paying for them either. Whether media is paid for or funded by advertising is a silly debate that is not worth having. No consumer expects everything for free. What they expect you to do is work it out. 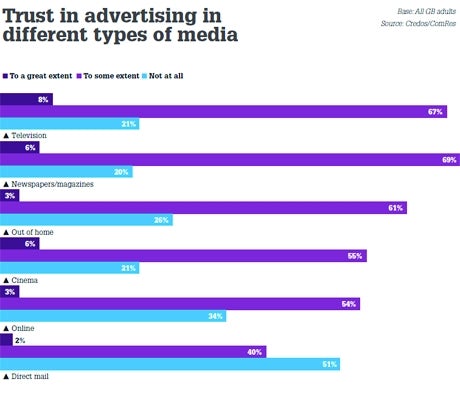