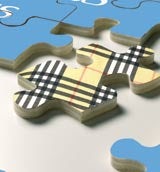 There must have been a business logic to the brand pot pourri initially, but the current management team cannot quite fathom what it was. And observers have been puzzled for some time about just how Burberry fits into the GUS jigsaw.

GUS bought the brand in the 1950s as its first step to diversification from mail-order catalogues. In more recent times, it bought Experian in 1996, Argos in 1998 and DIY retailer Homebase in 2002. These acquisitions were made when GUS was still run by the Wolfson family. But under John Peace, the first non-family chief executive, the rather confusing jigsaw puzzle is about to be thrown into the air.

GUS has succumbed to doubts about its business model and, following a year-long review, chairman Victor Blank last week dramatically announced that the board has recognised that: “There is no strategic logic in maintaining Argos Retail Group, Experian and Burberry within the same group in the long term.” He says GUS will demerge Burberry at the end of the year and spin off Experian “at the right time in the future”.

Mixed response Not that being owned by GUS has held Burberry back. In fact, the clothing brand famed for its red, black and white check on a tan background has thrived over the past decade. It was repositioned after US retailer Rose Marie Bravo joined as chief executive in 1997, and has turned from a musty, conservative English purveyor of trench coats into a worldwide fashion cult. Its adoption as a “chav” accessory is just a little local difficulty in the UK – worldwide, its sales have soared, partly on the back of its upmarket Prorsum line. Since 2000 its turnover has nearly trebled to &£715m and profits have swelled almost eight times to &£165m.

Don’t bank on it

A GUS spokeswoman says: “The strategy under Peace has been to focus on businesses with above-average growth potential and market leadership capability. It has been an incredibly successful strategy – it was generating operating profit of under &£500m from seven businesses in 2000 and last year generated &£910m from three.”

Burberry has done well as part of GUS, but it is perhaps an exception. Demergers in telecoms, for instance, have invariably created even stronger brands. Racal spun off Vodafone in the early 1980s, and the telecoms market leader now has 152 million customers worldwide. BT demerged its mobile interests in 2001 and the powerful 02 brand emerged as a result.

In retail, many companies built up diverse holdings in the 1980s, only to come under pressure to demerge them after the recession of the early 1990s. Kingfisher, which bought high street chains Woolworths and Superdrug to sit alongside B&Q and Comet has spun off most of these interests and now focuses on DIY with B&Q. Boots has announced it is looking to off-load Boots Healthcare International (BHI), the division which owns brands such as Clearasil, Nurofen and Strepsils. It got rid of the Halfords bike and motor accessories chain in 2002 – and left the Do It All joint venture in 1998.

There is speculation that GlaxoSmithKline (GSK) might buy BHI to sit alongside its own $5bn (&£2.7bn) consumer healthcare division which includes Panadol, Aquafresh and Lucozade. When Glaxo Wellcome merged with Smithkline Beecham in 2000, there were questions about whether Smithkline’s consumer healthcare business really fitted in with the pharmaceuticals model of Glaxo. But GSK insisted it would hang on to consumer healthcare and now it appears it wants to fatten up this side of the business. 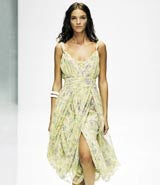 According to Rita Clifton, chairman of brand consultancy Interbrand, much depends on how a company defines its mission. “What is interesting is whether you look at the business as a retailer or a brand. With Boots, it is either a retail business that is all about shops and selling things over the internet, so BHI isn’t relevant. But if you look at Boots as a health and well-being brand, BHI offers strong products and it has the outlets to sell them through.”

Just last month, Unilever finally rid itself of Unilever Cosmetics International, the cosmetics and fragrance business that had long been perceived as being at odds with the group’s strategic direction. Under new owner, Coty, many expect perfume brands such as Calvin Klein and Cerruti to receive a considerable boost (MW last week). So for the brands concerned, leaving an unsuitable parent company can breathe life into their equity.

After divestment, GUS will have retail interests Argos and Homebase, and there are obvious synergies between them in buying, staff training and home deliveries. Burberry should benefit from a demerger, not least because it may be taken on by an owner with more experience in the fashion industry.