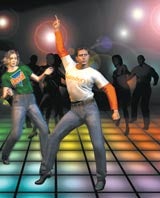 The war between the UK’s retail giants and the country’s big-brand owners appears, for the moment, to be over. And, as usually happens when a period of intense conflict ends, some strange new alliances are being forged between erstwhile enemies, which could have significant implications for the future of the marketing industry.

Sainsbury’s is bringing in a raft of big-name brands to help it compete with Tesco and Asda, including Boots, Blockbuster and Persil. Meanwhile, Marks &amp; Spencer (M&S) brought in George Davies – ex-Next and George at Asda – to launch its Per Una brand last year, it has now bought the View From sports clothing range, launched by former Olympic athlete Brendan Foster, to use as another M&S own brand.

The major retailers now seem to have accepted that they have got as far as they can with own-label products (in traditional packaged goods markets, at least), while the major packaged goods brand owners have realised that they cannot dispense with the services of the retailers, much as they would like to. Some big-name brand owners are also aware that they are facing increasing problems in their core markets, many of which have reached maturity or even stagnated.

They have also seen the failure of an attempt to counter the threat of own-label products by bypassing traditional retail channels with direct sales (either using traditional direct marketing or via the Internet), and some have even launched their own retail outlets. For most, the direct route has not delivered, perhaps because packaged goods companies are, by their very nature, not service-oriented, while the retail route has had mixed results. Unilever, for instance, tried to extend into home cleaning services with the failed Myhome initiative, and launched and closed a chain of Lynx-branded men’s grooming stores. Nestlé, on the other hand, seems to be having some success with its Nescafé-branded café chain.

Now some retailers and brand owners are linking up in exclusive deals. Take Sainsbury’s as an example. While its biggest rivals, Tesco and Asda, concentrate on extending their own-brand offerings into a range of new non-packaged goods areas, it has performed a volte-face and begun to recruit other big-brand names, many of them retailers themselves, to help it succeed.

The UK’s number-two grocery retailer has admitted its involvement in the Nectar loyalty programme, in which it will be joined by BP, Debenhams and Barclaycard. It is also teaming up with Persil to test an in-store laundry service and with Kodak for a film processing service. Additionally it is trialling a Boots’ “store-in-store” concept and will be testing a similar deal with video retailer Blockbuster this summer. Some Sainsbury’s stores have cafés managed by Starbucks and areas badged with the Early Learning Centre or Adams childrenswear names.

It is all part of the attempt by Sir Peter Davis, chief executive of J Sainsbury’s, to reverse the trend of the past ten years and start stealing market share back from arch-rival Tesco, while also fending off the increasing threat posed by the Wal-Mart-owned Asda. According to figures from Taylor Nelson Sofres, in the 12 weeks to May 26 2002, Sainsbury’s took 16.6 per cent of total grocery sales, down from 17 per cent for the same period last year, with Savacentre unchanged on 0.9 per cent. Tesco, by contrast, increased its share of grocery sales from 25.2 per cent to 26.0 per cent, while Asda moved up from 14.4 per cent to 15.6 per cent.

Crucially, Davis has admitted that Sainsbury’s core competence lies in food retailing, and that it needs help if it is to continue to offer non-food items. Hence the partnerships with well-known brand names. Retail and branding experts are divided over whether Sainsbury’s strategy will work. Some applaud the move. Brand consultancy Interbrand group deputy chairman Tom Blackett says: “Early Learning Centre, Persil, Boots are all good middle-class brands, and that is the heartland that Sainsbury’s is targeting now. It is also an acknowledgement to its suppliers that the great private label war has ended.”

Other experts are less sure. “I think it is a very bad move. Sainsbury’s is sharing profits with someone else, cutting margins, losing existing expertise in these areas and risking problems from the relationship between the management of concession areas and the overall store manager,” argues Matthew Brown, head of research at specialist retail consultancy The Echochamber. He adds: “It is borrowing other people’s brands, and it shouldn’t be.”

The move to add extra services in store is not unique to Sainsbury’s, of course. All the major supermarkets have been adding peripheral services to those retail units that have the space, for logical reasons. But Sainsbury’s rivals tend to go the own-label route, rather than bring in outsiders with their own brands to promote. Experts say that Sainsbury’s move is a case of making a virtue out of necessity – the company knows it cannot create expertise in those peripheral areas quickly enough.

What other retailers it is partnering get out of the collaborative arrangement is obvious – a captive market, access to high-quality retail space (increasingly at a premium in the UK market), and the association with the Sainsbury’s brand image. But the real question has to be what Unilever gets out of its laundry service deal, and in particular how it helps sell Persil products.

Mike Handley, chief executive of McBride, Europe’s largest own-label household products manufacturer, is sceptical about the Persil Service initiative. He says: “Persil is an in-home brand, and doesn’t have a real pedigree in services. I think it is a risk because it is confusing the brand message.”

Unilever has attempted to extend the Persil brand (and other Lever Fabergé brands) out of the store and into consumers’ lives before, with its Myhome initiative. Myhome built up a customer base of about 2,000 homes in South-west London, offering laundry, dry cleaning and home cleaning, and had a turnover of about &£1.5m, but was not profitable. Unilever sold the home-cleaning arm to a company called Chores for an undisclosed sum, but retained links with the dry cleaning and laundry business, which will now handle some work for Persil Service.

The new partnership with Sainsbury’s gives Unilever another bite at the cherry, but it may involve much more than that. Since the supermarkets and the branded-goods manufacturers called a truce in the war over own-label and grey-market imports, the buzzword in retail has been category management.

At its most extreme, category management can see the creation of preferred suppliers (as with the recent deal between First Quench and a number of major suppliers, including Mars and Scottish &amp; Newcastle). A slightly less extreme version involves big packaged goods brands being appointed “category captains” – effectively saving the retailer time and effort by taking charge of a particular retail fixture, policing the shelves to make sure the retailer strikes a balance between branded and own-label and bargain, standard and premium ranges.

Neither Unilever nor Sainsbury’s would comment on whether the laundry service deal would have any significant effect on category management relationships. However, one industry insider suggested that it must at the very least give Lever Fabergé an advantage in its negotiations with Sainsbury’s buyers. He went on to observe that Unilever’s arch-rival, Procter &amp; Gamble (P&G), “can’t be happy at the idea that Sainsbury’s shoppers are going to be faced with a Persil-branded counter as soon as they step inside the store.” P&G was tight lipped.

P&G is not above exclusive arrangements with retailers itself, however. It makes a premium haircare range, Physique, which is currently sold exclusively in the UK by Tesco. At the time of the range’s launch, Tesco health and beauty manager David Cooke said: “We will offer customers a comprehensive choice of major brands, as well as introducing exclusive ranges in partnership with brand owners, and will develop our own ‘superbrands'” (MW January 31).

Where once the battle lines were clear-cut – retailers against brand owners – confusion now reigns. The only certainty seems to be that alliances that once would have been anathema to all concerned are now open to negotiation and that all possible strategies are being explored with renewed vigour.

The Government cannot achieve its aim of a better society on its own. Advances will only come if it forms a coalition with big business, argues George Pitcher

Sports marketing agency Sportacus has been appointed to sell the naming rights for new motor-racing venue Rockingham Motor Speedway. The agency, which is run by former Football Association commercial director Stephen Pearson, has been contacting blue-chip brands and aims to secure a deal by the end of the year. Since its launch last September, the […]

The Royal Mail has handed the bulk of its Â£8m sales promotion work to Claydon Heeley Jones Mason and Triangle following a review of its roster.