When consumers have looked to “Hit the Hut” over Pizza Hut’s 35-year UK history, invariably they have been after the restaurant and takeaway chain’s signature dish.

It is now trying to change perceptions of its offering and has, albeit temporarily, rebranded 30 UK outlets as Pasta Hut to tempt customers to its pasta dishes instead of its pizzas.

Some industry experts believe Pizza Hut needed rebranding, but add that the home of student-friendly and family pizzas has never been known for its pasta dishes. Others dismiss the move as a cheap stunt, which does little to improve long-term brand perceptions.

The group has already spent £17m on updating many of its restaurants this year, and will spend another £100m over the next six years on revamping its 700 restaurants and expansion.

The chain’s menu will also be “significantly” changed to appeal to a more health conscious market. Salt has been cut and will be cut further, hydrogenated vegetable oils will be removed and some dishes on the children’s menu will contain hidden vegetables.

A Pizza Hut spokeswoman confirms that the name change is in place to the end of the year. She adds: “We are then looking at whether to change it back.” The company also has a voting system on its website, which is currently in favour of keeping the Pizza Hut name.

Many have dismissed the name change. Wieden & Kennedy managing director Neil Christie says: “It is a publicity stunt. My interpretation is, desperate times call for desperate measures. You don’t go to Pizza Hut for pasta any more than you go to McDonald’s for a salad.”

Yet Pizza Hut has been known to innovate, and offering pasta is nothing new; many of its menus have a number of options, although the pasta choices are likely to be given more prominence. In 2005, it unveiled a new concept called Pizza Hut Italian Bistro, which offers an extended range of pasta dishes and toasted sandwiches.

Christie, whose agency worked on the Pizza Hut advertising account until resigning it earlier this year, says it is not unusual for the restaurant to look at rebranding its stores for a limited period.

However, another source says the stunt smacks of desperation. “Pizza Hut is doing anything it can to raise its profile in these difficult times,” he says. “The key issue is the nature of its restaurant experience and food. It should spend its money on improving the restaurant experience. Look at Nando’s; that chain is not a big advertiser.”

While Pizza Hut spends £13m a year on its advertising, Nando’s spends just £1m. In May this year, Abbott Mead Vickers.BBDO won back Pizza Hut’s advertising business after losing the account in 2005.

The source adds: “Pizza Hut is somewhere people go once every three months. It can’t compete with McDonald’s on price but it is applying a fast-food marketing strategy. And it can’t compete with Nando’s on restaurant experience. It is stuck in the middle.”

Pizza Hut was founded in Wichita, Kansas, in 1958 by Dan and Frank Carvey and it opened its first UK franchise in Islington, London, in 1973. In 1977, it was bought by PepsiCo, which later bought KFC and Taco Bell, and in 1997 the three chains were spun off into Tricon. In 2002, Tricon joined with Long John Silver’s and A &W Restaurants to become Yum! Brands.

Yum! now has about 34,000 restaurants, deliver/carry-out units and kiosks in 100 countries. But in recent years its focus on so-called junk food has led to criticism of its brands and their offering.

Many believe that Pizza Hut needs to change consumer perception rather than rebrand. Fred Burt, managing director of branding agency Siegel & Gale, says the move “risks squandering years of brand equity”. “This feels like a strategy-by-focus-group. Research should inform the brand strategy, not lead it.”

He adds: “The brand issue with Pizza Hut is not its name but its relevance. The product offer has changed but the experience is much as it has been for 20 years. That’s where the chain should spend its money.”

Although its Pasta Hut rebrand has certainly given the chain the attention it needs, Pizza Hut must yet prove there is substance behind the changes. 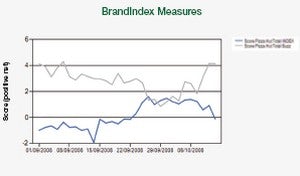