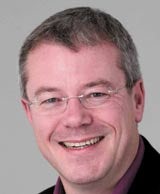 In the latest Incorporated Society of British Advertisers Annual Report, Toyota commercial director Paul Philpott says: “I’m not anti-TV, but it’s no longer a ‘must-have’ on a media schedule” (MW July 7). I doubt anyone in the television advertising industry would disagree with the fact that the media landscape has changed enormously, with many more opportunities for advertisers to reach consumers than in the past.

As a result, media planning has become more sophisticated and the TV sales industry has developed a more thoughtful approach to media planners and advertisers. Increasingly, TV sales houses are working with planners and advertisers to justify the medium’s place on the campaign schedule and to prove that TV actually works. Thinkbox, the recently formed TV marketing body, is playing a major role. At the recent Thinkbox Experience at Olympia, a great deal of effort was dedicated to providing examples of the successful use of the medium and also to proving that TV advertising provides a measurable return on investment. Primarily, the strength of TV remains its ability to reach consumers in a way that other media cannot, even in combination. The mass reach of TV, and the fact that the average viewer still watches nearly four hours a day, puts the medium ahead of others in its ubiquity alone. Of course, ubiquity does not guarantee engagement, but whether it is the Crazy Frog or the latest Sainsbury’s ad featuring Jamie Oliver, the sales of ringtones and the dearth of asparagus in the UK bear great testament to the power of those commercials.

Broadband internet access, mobile phones and video-on-demand are all ways in which audio-visual content can now be delivered to consumers. And that audio-visual content will engage consumers more than ever. The Newspaper Marketing Agency is working hard to push newspapers as a valuable medium, but something tells me it is pushing water uphill. Not because newspaper ads do not work – they can and do – but because we are in a televisual age where audio-visual messages penetrate the subconscious in a way that other messages do not (PHD’s work on the MRI scan provides evidence for this). 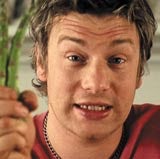 The future will be very different for the TV industry, but the 30-second spot is by no means dead. The personal video recorder has, as yet, made little impact in the UK – but once it does, broadcasters, advertisers and creative agencies will rise to the challenge. Recent research by David Fletcher at Mediaedge:CIA demonstrated that when given a PVR, not all viewers or homes react in the same way and the response to the technology is massively segmented. Of course, we should not assume that everyone will either take up the PVR or, if they do, will allow it to transform their viewing experience.

This would not be without precedent: recent analysis of BARB data by Channel 4, for instance, has shown that about 20 per cent of those who have multi-channel access do not watch any multi-channel TV in an average week, despite the fact that many are paying for the technology. As for the media planning and creative agencies, I would argue that at heart they are not truly media neutral. They see a danger that any loss of spend on TV may not go to other media, but could go below the line, in price discounting or even to branded content; meaning many of the creative and media agencies would lose out to other specialists.

As for the short term, TV costs are about the same as they were ten years ago. What other industry can boast little or no cost rise over ten years? Surely advertisers should make hay while the sun shines!