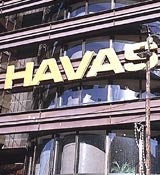 The media agency map is being shaken up by a frenzy of mergers triggered by a demand from clients for global networks.

The latest round of media consolidation has seen one of the last remaining major independent buying operations swallowed up by an advertising agency group.

If the £425m agreed bid made last Thursday by France’s Havas Advertising for Tempus Group, UK owner of the CIA media buying agency, goes ahead, the combined network will rank fifth in the world with billings of e16.5bn (£10.1bn), based on last year’s figures.

The parties had hoped the network, formed by merging Havas-owned Media Planning and CIA to form CIA Media Planning, would rank fourth, but that accolade was snatched from under their noses. On the same day, the UK’s Cordiant Communications and Publicis announced they were merging the jointly-owned Zenith and the French group’s Optimedia – to form the world’s fourth-largest media buying network with billings of e22bn (£13.4bn). Both Zenith and Optimedia are expected to continue to operate as separate brands. But it remains to be seen if the operations will be fused into a new buying outfit like Magna UK, the procurement arm for Interpublic’s Initiative and Universal brands.

Publicis, which inherited its half of Zenith after buying Saatchi &amp; Saatchi last year, will own 75 per cent of the new company. It has the opportunity to buy Cordiant’s remaining stake in the venture for a minimum of £75m at a later date, putting a value on the joint venture of at least £300m.

The jostling for rankings and media consolidation is not expected to stop there. Sir Martin Sorrell, chairman of WPP, which has a 22 per cent stake in Tempus, is looking at launching an aggressive counter-bid for the company, presumably with a view to merging it with The Media Edge.

Both media independents and large advertising groups with media arms are under pressure from shareholders to increase turnover and from clients demanding global services. The pressure is exacerbated by the theory that bigger media operations can negotiate better rates for clients.

The “clamour” by clients for strong global networks was the driving force for the Havas deal, claims Tempus chief executive David Reich, who will become vice chairman of Havas’ enlarged media services group MPG. He says: “Both companies found themselves in a market where clients were increasingly requiring a global solution.”

CIA and Media Planning overlap in only eight markets, including the UK, Spain, France and the US. Media Planning has a stronger presence in Argentina and Mexico, and Spain and France than CIA, while the reverse is true in Germany and Asia. Reich adds: “It (Havas) is six times our size in the US.”

Havas’ agreed bid for Tempus leaves the UK-listed media independent Aegis – owner of the Carat and BBJ media buying brands – looking increasingly vulnerable to a takeover. The group claims to offer clients an unbiased view on media spend because there are no ownership links with creative agencies, which it argues, tend to favour TV ad-led solutions.

But Iain Jacob, managing director at Starcom Motive in the UK, says all media agencies are able to offer this. He says: “There are clients who don’t want media and creative in the same group as they feel it may hinder objectivity, but some clients want the group proposition as well. Whatever the structural selection, all clients want objectivity.”

Aegis has managed to extend its grasp on the Philips account to include the US and won Pfizer’s enlarged business after the merger with Warner Lambert. But according to industry insiders it could still benefit from a larger presence in the US. In order to continue to rank among the top global media players, networks need a major presence in the US market. But there is one problem – a lack of available media independents to acquire.

Jim Marshall, chief executive of MediaVest UK, says: “It is a very good life for small independents which operate in local markets. But in the end, it is very difficult for them to grow ambitiously, especially in the global markets. Then there is the problem of gaining entry into the US market if you are not part of a big global network.”

But according to some industry experts, Aegis may not have the chance to do this and will, like Tempus, be taken over by an advertising group keen to climb the global rankings. Obvious candidates include WPP and Publicis.

John Perriss, worldwide chairman of Zenith Media, says: “I have always maintained that consolidation is needed to become a mega media player, and we are moving nearer to the point where there is no future for independent media agencies as global players. The individual media agencies will be able to survive only in niche areas such as youth or ethnic markets.”

The future for global media independents looks bleak as the ad agency groups are fiercely trying to carve out a permanent place at the top of the media hierarchy.