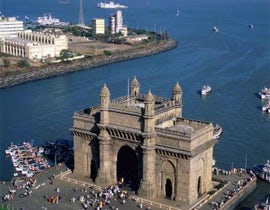 The India Tourist Board is planning to launch campaign in the UK aimed at reassuring visitors that the country is safe following last week’s terrorist attacks in Mumbai.

The organisation says that it is “in crisis talks with the Ministry of Tourism in India” and also with the UK tour operators about the need for an ad campaign.

A spokesman says, “While tour operators have not seen overall cancellations from their holidaymakers, they are demanding a change in itinerary.”

Last Wednesday, heavily armed gunmen attacked two luxury hotels along with attacks on the popular tourist haunt Caf» Leopold and the railway station, Chatrapati Shivaji Terminus. The attack killed 200 people and there have been suggestions that British and American visitors were being specifically targeted.

The board says that the campaign “will launch as soon as possible” and will promote the other parts of India more than Mumbai, which is now recovering from the attacks.

The India Tourist Board is currently running a press and outdoor campaign promoting tourism with the message, “Colours of India”. It was due to run until March 2009 but the tourism body is now considering scrapping the campaign.

It says that a majority of UK and European holidaymakers visit the country between September and March and that the “unfortunate incident has the potential to affect overall tourism”.