Manufacturing group, the EEF, has written a letter to Chancellor Alistair Darling pointing out that the scheme has helped save manufacturing jobs. The letter has also been signed by other industry groups including UK Steel, the Manufacturing Technologies Association and British Plastics Federation.

Meanwhile, the CBI has met with treasury officials urging for the extension of the scheme until February.

The British Chamber of Commerce has also weighed in to voice its support for the struggling car industry, with funding for the scrappage scheme expected to run out next month.

Earlier this month, the Society of Motor Manufacturers and Traders (SMMT) chief executive Paul Everitt met with the Business Secretary Lord Mandelson but at the time was told that the scheme would not be extended. To date, the government is yet to give any indication that it may change its position

The scheme, which sees consumers receive £2,000 when they scrap their old cars registered before 31 August 1999 to buy a new one, is part of the government’s strategy to help drive sales in the car industry which has been badly hit by the recession.

Carmakers including Ford and Toyota have been calling on governments to extend their scrappage schemes. They include the US and Germany.

Subway has reduced salt levels in its sub sandwiches by an average of 19% as part of its Health & Wellbeing Commitments drawn up last year in conjunction with the Food Standards Agency (FSA). 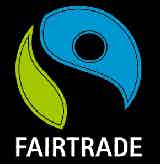