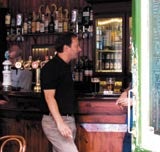 After months of consultation, the OFT has ruled that where local authorities have the power to do so, they may set minimum prices on drinks sold during local happy hours. But the BBPA claims that the ruling means the OFT has no authority to rule on such promotions and that it has merely led to confusion.

OFT spokesman Mark Kram says recent reports that the OFT is to curb happy-hour promotions are unfounded. He says the OFT’s advice on the issue is: “Where local authorities, police and retailers have the power to set minimum prices they may do so and they will not fall foul of competition law.” However, he adds that for licensees to have such powers, they would have to have made an application for price-setting powers as part of their initial licence application.

Kram also says local licensees would not be legally allowed to form a collective or jointly agree set minimum prices as this would constitute a “serious infringement” of competition law.

A JD Wetherspoon spokesman says: “In fact nothing has changed since a few moths ago, when the OFT ruled that price-fixing was illegal – and its stance hasn’t changed.”