The publisher of The Independent has announced the launch of a new title, i, aimed at “time-poor readers who want a quality read”. It will launch on Tuesday 26 October with a cover price of 20p.

The first national daily to launch since The Independent in October 1986, i will be backed by an advertising campaign created by Trevor Beattie of agency BMB.

The newspaper group says the title is targeted at “lapsed readers of quality newspapers”, and those of “all ages who want a comprehensive digest of the news in printed form”.

A 56-page read, the new title includes a distilled take on the news, in what has been described by those who have seen it as a more accessible and “funky” format than The Independent.

Media agencies who got a first look at the title earlier this week say it is aimed at a younger demographic than the main paper, appealing to 30-somethings who want a “more substantial” read than city-based freesheet Metro.

The title has received an initial positive reception from media agencies, pleased with the Independent’s ambition to launch a title in an uncertain newspaper market. But many fear the paid-for content model means some readers will be turned off.

Mediacom head of investment Claudine Collins says: “I think it’s a fantastic concept and it will definitely be a more accessible read, but the main problem is it isn’t free. Whether it’s 10p or 20p, having a price point means that – and the Evening Standard learned this – people won’t buy it. I applaud The Independent for its innovation, but the price is the main problem,” she adds.

Existing Independent advertisers are currently being offered space in i as a complementary add-on to their advertising spend with the main paper, but it is unclear how long the publisher will continue with this arrangement. 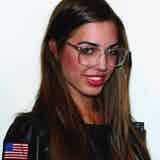 Forever 21, the US fashion chain, has revealed Amber Le Bon as the face of the fashion chain ahead of its UK launch. 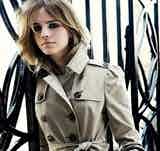