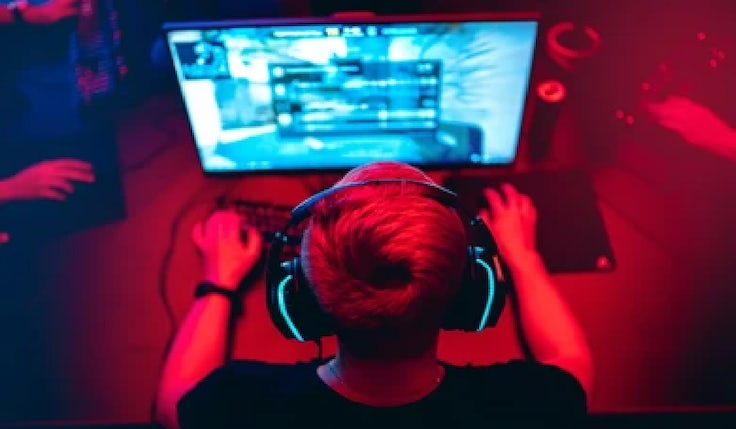 Nobody really knows Jimmy Donaldson. They knew him even less in 2012, when he started producing his own brand of low-rent YouTube videos in his room in North Carolina.

With a naïve aesthetic, purposefully homemade production, a scattergun approach to content scheduling and a ‘middle America gamer kid’ style, Jimmy didn’t possess Hollywood good looks, but he did have three things in his favour.

First, he was obsessed with YouTube. Not with stardom and fame for fame’s sake, but he was a fanatic who just wanted to produce entertaining videos and to have those videos watched by as many people as possible.

Second, he was smart. He researched other YouTubers, investigated what made certain videos go viral, learned tagging strategy and replicated the success of others while inviting stars of the genre to partner in co-branded content.

Finally, Jimmy’s a nice guy. Inherently, you warmed to him, both as a person and because he seemed to give away the bulk of his earnings as prizes in his videos. He produced the richest content he could afford to make.

He was respectful when he did game reviews, personable when he counted up to 100,000 for a 24-hour video and affably watchable while watching paint dry for an hour.

Jimmy worked it out. And then he decided to hone his brand, one now more commonly known as ‘Mr Beast’.

The by-product of influence and fame is creative capital. Brands spend fortunes seeking it but, lacking human traits, they often fall short.

A Mr Beast video is a finely crafted digital artwork masquerading as a frat-house prank that got out of hand. Leaning on clickbaity titles such as ‘Would you swim with sharks for $100,000?’, his main channel content can be loosely placed within three sub-genres: internet challenges, guest appearances and reaction videos.

Twinned with his gaming channels and localised content in multiple languages (which, he claims, generate more revenue than his English-language offering), this earned the 23-year-old $54m in 2021 – more than Lewis Hamilton and the most of any YouTuber in history.

Consider that figure for a second.

With all this power comes great responsibility. Jimmy understands this, using his reach for some seriously ambitious philanthropic projects. It’s a happy coincidence that his collaboration with Mark Rober to plant 20 million trees is one of his best-performing (and thus most profitable, ad revenue-wise) video projects.

You can’t really fault the guy – despite some early missteps (casual homophobia as a teen, accusations of fakery in his early videos), he gets it – understanding what makes people tick and giving it to them in a way that’s bigger, more fun, more generous and more engaging than anyone else. His brand is a reassuring presence. Not offensive to anyone, and yet quirky enough to stand out.

The by-product of influence and fame is creative capital. Brands spend fortunes seeking it but, lacking human traits, they often fall short. It’s not surprise that Elon Musk, the world’s richest man, leans on his social persona for everything he does, from Tesla product launches to producing flamethrowers. He recognises the value of his personal brand as the rebellious love child of Tony Stark and Richard Branson.

But online fame can me a fickle mistress. For every Musk or Beast, there are a million digital corpses littering the digital superhighway. Talent, luck and graft combine – as with traditional fame – to present the minority with a seat at the top table. In one such example, this week saw an ‘internet-breaking’ event during which anonymous Minecraft streamer Dream revealed his face for the first time.

“Why should I give a shit?” I imagine Marketing Week’s readership harrumphing into their lattes.

You should care because Dream’s exposé attracted 1.3 million live viewers. He has an astonishing fanbase of over 5.6 million Twitter followers, 3.1 million Instagram followers and 30.4 million YouTube subscribers.

Gaming stars across Twitch, YouTube and related social channels have become a core vertical in an ever-expanding influencer universe. Alongside music and fashion, esports, mobile gaming and console stars are becoming the Hollywood icons of this generation. According to Newzoo, it’s estimated that esports have around 261.2 million enthusiastic fans and another 270.9 million occasional viewers.

That’s over half a billion young consumers and potential game players in total – nearly 7% of the planet – influenced by a small group of extremely powerful individuals. In theory it’s the ideal place to promote hyper casual and casual games. A young audience, rich content, the ability to track CPI performance in near real time and a global reach – it sounds like utopia for a mobile games marketer.

Tapping into this resource, however, is a journey fraught with peril. The very nature and media involved in the influencer sector means that follower statistics are rife with fraudulent data, so ascertaining what you’re buying can be misleading, even downright wrong.

Working with specialist agencies is often a pragmatic decision on other digital channels to ensure efficiencies with subject matter experts in other channels. In the influencer world, everyone seems to have set up an agency or platform, and many of them are rubbish. Misleading data, enormous mark-up fees, zero accountability.

What you see, what you pay for and what you get are often poles apart.

In my experience, there are some decent agencies out there but my best successes have come from approaching influencers directly. Find a YouTuber or Twitch streamer big in the markets you’re targeting, dig out their Skype/ Discord from their profile, send a localised intro message and calculate a test budget related to their audience reach. Then pay for a trial video (50% up front, 50% on completion would be my recommendation) as a standalone project and see what it can deliver in terms of CPIs and volume of local installs.

It’s an inexact science, but at least you’ll own all parts of the KPI funnel. You’ll kiss a few frogs this way but you’ll also uncover the seams of influencer gold – those talented folks who execute well, deliver results and with whom you’ll want to nurture a longer commercial relationship for every new game you launch, whether casual or hyper casual.

Getting it right could be the difference between a ‘meh’ game and a hit.

Working with the A-List influencer crowd could set you back millions, but there are equally strong creators at all budget levels from micro influencers upwards, and all of them are open to a discussion about creative campaign production. If Mr Beast is the content Jesus then an ever-growing band of influencer heavyweights like Dream, Logan Paul, Charli d’Amelio, the Kardashians, Cara Delevingne, Zach King, The Hadids, Pewdiepie, Zoe Sugg and Ajey Nagar are the Disciples.

In this analogy, I suppose Musk would be God – but maybe he’d see that ambition as below him…

Harry Lang is VP of marketing at mobile game publisher Kwalee and author of ‘Brands, Bandwagons & Bullshit’, a guidebook for those starting their career in marketing, advertising, media and PR. You can find him at @MrHarryLang or on Medium, and connect with him on LinkedIn.