When you are seen to waive it, as Facebook found out this week, you not only upset your customers but you lose their trust. And with data underpinning more products, services and marketing than ever, loss of trust means loss of income.

Facebook revealed this week that it had manipulated nearly 700,000 of its users’ news feeds in order to see if this affected their emotions. The idea was to investigate the common myth that people seeing friends’ positive updates makes them feel negative or excluded.

During the test in 2012, Facebook hid elements from nearly 700,000 news feed over the course of a week. Contrary to expectations, peoples’ emotions were reinforced by what they saw, what the researchers called “emotional contagion” – positivity made users more positive, while negativity produced more negative posts.

What Facebook did was allowed because when its users sign up, they have to agree to its terms and conditions. These allow “testing” and “research” among other things. This is, of course, not nearly the same as telling consumers that they will be shown manipulated news feeds for the purpose of research studies.

Facebook’s problem is not in its manipulation of the news feed but in making sure it had true informed consent from its users for this particular study. Of course, any Facebook user knows that their news feed and what they see is filtered, curated and chosen, partly by their own settings and partly by Facebook’s own filters. Facebook says the average person would see more than 1500 updates each day otherwise. So we are already absorbing a manipulated view all the time.

So why is one manipulated view more acceptable than another? It always comes back to informed consent. You accept that Facebook only shows you a portion of my friends’ news, either because you have chosen that or because its software is trying to meet your needs as a user. However, if the brand is manipulating your experience for its own research, that is quite different.

More than ever, brands need consumers on their side when it comes to data management. Never before has this type of data or the ability to manipulate it been available so freely to organisations. Facebook is learning too. After all, data is the science of marketing but using it with sense and sensibility remains an art. 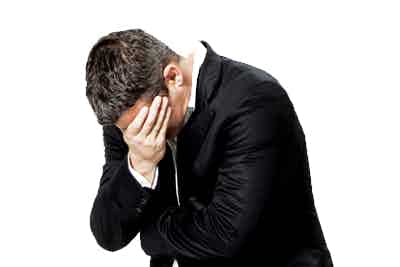